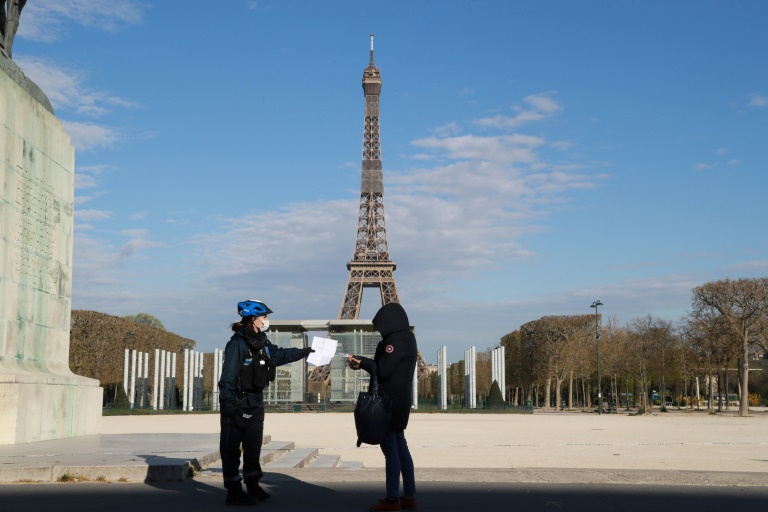 France and Germany were set to resume AstraZeneca vaccinations Friday after EU regulators gave the jab the all-clear, and Joe Biden said his administration would meet its goal of inoculating 100 million Americans weeks ahead of schedule.

Days of commotion around the Covid-19 jab associated with blood clot risks saw countries from Venezuela to Indonesia put their AstraZeneca programmes on pause, hampering the drive to vaccinate populations worldwide against the disease that has killed more than 2.6 million people.

Spain, Italy, the Netherlands, Portugal, Lithuania, Latvia, Slovenia and Bulgaria also said they would resume vaccinations after the European Medicines Agency said Thursday that the jab was “safe and effective”.

America was due Friday to administer its 100 millionth dose, boosting optimism — as infection rates fall — that the world’s worst-hit country is headed for a powerful rebound.

“I’m proud to announce that tomorrow, 58 days into my administration, we will have met my goal of administering 100 million shots to our fellow Americans,” Biden said in a White House speech.

But he also cautioned it “is a time for optimism but it’s not a time for relaxation”.

Millions across France prepared to enter a new month-long, limited lockdown from midnight Saturday after the country recorded its highest new caseload in nearly four months.

Non-essential businesses in Paris will close, although schools will stay open and outdoor exercise allowed up to 10 kilometres (6 miles) from home.

As in previous lockdowns, a form will be needed to justify why a person has left the home in areas under the new restrictions.

French Prime Minister Jean Castex said he would get the AstraZeneca jab on Friday, while Norway and Sweden were holdouts among European countries, saying they would wait before resuming their own vaccine drives.

The World Health Organization is due to publish the conclusions of its own assessment of the jab’s safety on Friday, after repeatedly encouraging countries to continue using the Anglo-Swedish pharmaceutical company’s vaccine.

AstraZeneca’s shot, among the cheapest available and easier to store and transport than some of its rivals, has been billed as the vaccine of choice for poorer nations.

It is currently a vital part of Covax, which was set up to procure Covid-19 vaccines and ensure their equitable distribution around the world.

Philippines drug regulators said Friday they had approved Russia’s Sputnik V vaccine for emergency use — the latest Covid-19 drug to be given the green light as the country battles a resurgence in infections.

The government will seek to secure five to 10 million doses, the vaccine task force said earlier this week.

As production ramps up in the US, Washington is preparing to send millions of AstraZeneca doses to help neighbouring Mexico and Canada, the White House said Thursday.

Press secretary Jen Psaki confirmed said that 2.5 million doses were being lined up for Mexico and 1.5 million for Canada, although she did not give details on the timing.

Even as the US vaccination rate rises and cases fall, a group of Asian-American lawmakers vented about how former president Donald Trump’s handling of the pandemic continues to sow division.

In congressional testimony, one lawmaker warned that language used by Trump — who famously called Covid-19 the “China virus” — had put a “bull’s eye” on their backs.

Anti-Asian violence has risen substantially nationwide since the pandemic took hold one year ago, experts say, and the testimony came after six women of Asian descent were murdered Tuesday in Georgia.

After months of depression and isolation, the 2021 season on the warm sands of Florida’s Miami Beach is off to a banging start, fuelled by “Roaring Twenties” anticipation of post-pandemic life.

The shore is once again packed with revellers — a sight that Americans view either as a proof of long-awaited progress against Covid-19, or of a recklessness that could set back the nation’s recovery.

For James Mitchell, 45, newly-arrived from freezing Chicago, the haters need to lighten up.