The Times of Earth, International Edition
0
1437 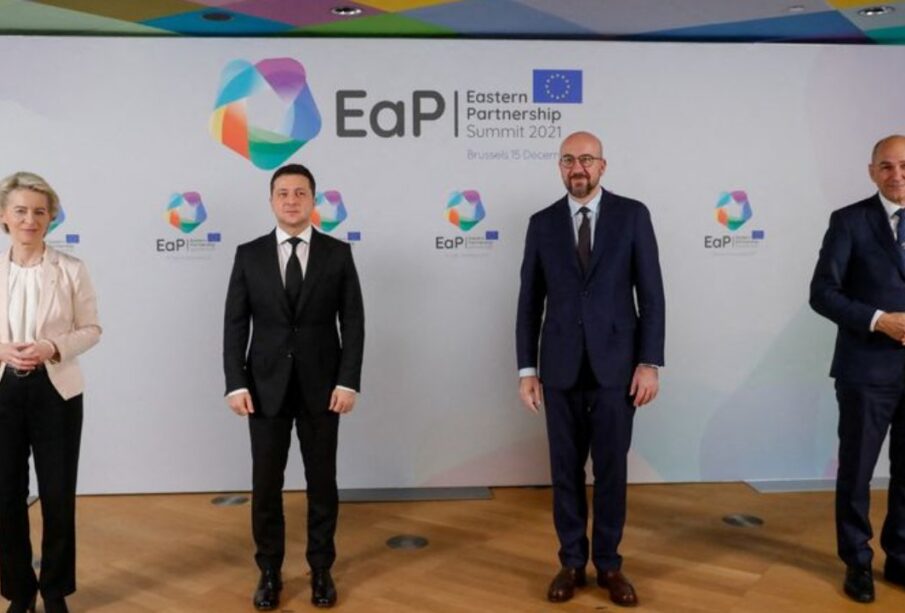 European Union leaders will consider on Thursday what economic sanctions they could impose on Russia if Moscow were to launch a new attack on Ukraine, Slovenia’s prime minister said, warning that the bloc was prepared for Russian “surprises”.

Ukraine is currently the main flashpoint between Russia and the West. The United States says Russia has amassed more than 100,000 troops on Ukraine’s borders, possibly in preparation for an invasion. Moscow says its actions are purely defensive and accuses Kyiv and the West of provocative behaviour.

“I’m worried because the military concentration, especially on the Ukrainian border with Russia (is) very strong,” said Prime Minister Janez Jansa, whose country holds the rotating EU presidency, as he arrived for the one-day summit.

“And so there is no doubt that Russia is using military power to make pressure … we are prepared to avoid such kind of surprises we met during the occupation of Crimea,” he said, referring to Russia’s seizure of the Ukrainian peninsula in 2014.

Back then, the EU, along with the United States, imposed economic sanctions on Russia, targeting its energy, banking and defence sectors in response.

Jansa declined to give details about what new sanctions were possible, but he said hitting the Nord Stream 2 pipeline between Russia and Germany to prevent it becoming operational was also an option.

“Maybe we get some additional information on what would be the final decision … of the Nord Stream 2,” he said.