The Times of Earth, International Edition
0
415 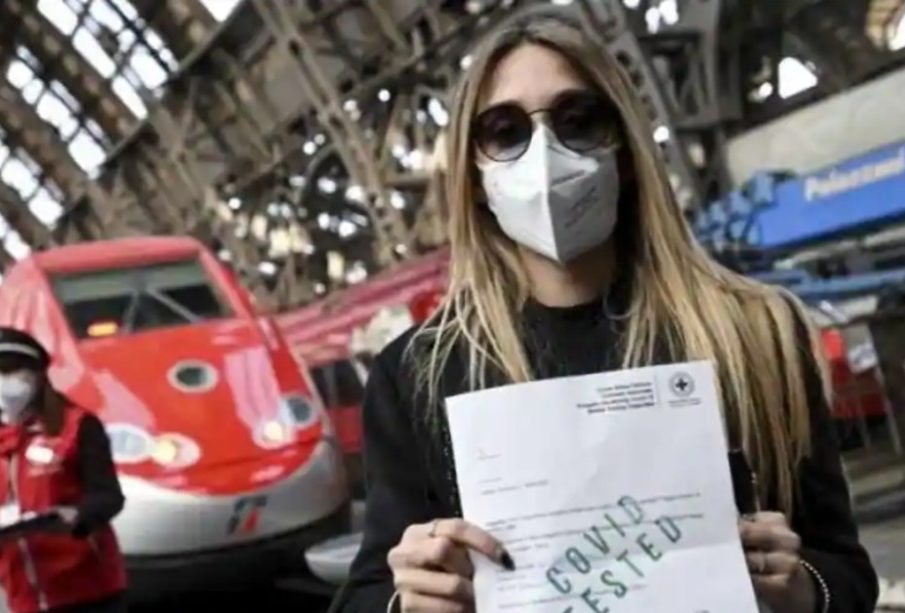 The European Parliament on Thursday agreed its position on how a Covid certificate should work, bringing the EU closer to launching a document to open up travel within the bloc.

Europe intends to have a certificate showing the bearer’s vaccination status, Covid test results and/or evidence of having survived the disease up and running in June, in time for the continent’s summer vacation period.

While technical work has been ongoing to ensure the certificate is recognised across all 27 EU member states, final details have to be worked out involving capitals, the European Commission and the parliament.

The first change MEPs have called for to a commission proposal is the name. Instead of a “digital green certificate” they want to call it an “EU Covid-19 certificate” — to avoid any implication of it becoming a “vaccine passport”.

They said the document should “neither serve as travel document nor become a precondition to exercise the right to free movement” and should only be in use for 12 months.

Stressing that the certificate should not result in discrimination, parliament demanded that Covid-19 tests for travel should be free of charge. The commission has said that this issue should be left up to member states.

The parliament’s negotiation position was announced Thursday following a vote late Wednesday, with 540 MEPs in favour, 119 against, and 31 abstentions.

“The (European Parliament) adopting its position on a Digital Green Certificate is a key step towards free and safe travel this summer,” she tweeted.

She urged a “swift conclusion” to the final negotiations on the document, adding: “We will have the EU (virtual verification) gateway up and running by June, while supporting the timely rollout of national systems.”

Initially, the plan is for EU citizens and residents in the bloc to be able to use the certificate to avoid quarantine, testing and other obstacles to intra-EU travel that have sprung up since the start of the pandemic.

Member states, however, want to retain the option of those measures if they deem them necessary, pointing out that public health issues are their responsibility, not Brussels’.

Later on, the EU intends to accept certificates issued by non-EU countries for travel by their citizens. Talks are already going in that direction with the United States but, so far, not with former EU member Britain.

A certificate trial is to be conducted in May before the initiative is launched across all EU countries. Safeguards are to be in place against forgery and to uphold data protection.

The commission and the parliament agree that the vaccines accepted across the bloc will be those authorised by the European Medicines Agency: currently from BioNTech/Pfizer, Moderna, AstraZeneca and Johnson & Johnson.

They say individual EU countries could additionally allow other vaccines, as would likely be the case of Hungary and some other states that have opted to use Russia’s Sputnik V jab or ones produced by China.

India’s oxygen crisis to ease by mid-May, output to jump 25%