The Times of Earth, International Edition
0
312 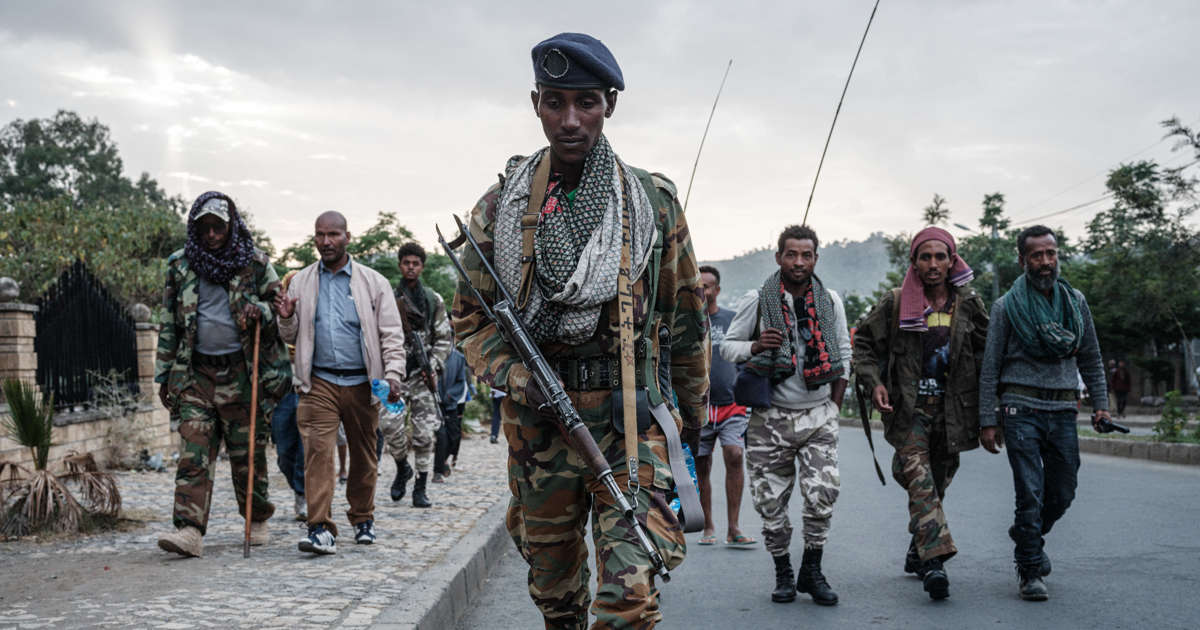 Soldiers of Tigray Defence Force (TDF) arrive after eight hours of walking in Mekele, the capital of Tigray region, Ethiopia, on June 29, 2021. Photo by YASUYOSHI CHIBA/AFP via Getty

Ethiopia on Friday rejected charges that it planned to choke off aid to war-hit Tigray after rebels took control of the northern region this week — a stunning turnabout in the eight-month-old conflict.

The comments from Deputy Prime Minister Demeke Mekonnen came a day after two key bridges allowing aid into Tigray were destroyed and as the UN warned more lives would be lost if supply routes were not restored.

“The insinuation that we are planning to suffocate the Tigrayan people by denying humanitarian access and using hunger as a weapon of war is beyond the pale,” Demeke told diplomats gathered at a hotel in the capital Addis Ababa.

Officials are “using every ounce of our strength to extricate” Tigrayan civilians “from the dire situation they find themselves in,” he added.

He said the move came in response to TPLF attacks on federal army camps, and he declared victory within weeks after federal forces took the regional capital Mekele.

But after months of regrouping, the Tigrayan rebels — having rebranded themselves the Tigray Defence Forces (TDF) — launched a major counter-offensive last month that allowed them to retake Mekele and assert control over most of the region.

The government then announced a unilateral ceasefire that the TDF has dismissed as “a joke.”

On Friday, the WFP said it had resumed aid operations after a two-day pause and hoped to reach 30,000 people “by the weekend”.

But it lamented that two major bridges leading into Tigray had been destroyed and stressed that lives were in the balance.

“Families are receiving some of the last of WFP’s food stocks. Lives will be lost if supply routes into Tigray do not fully open and parties to the conflict continue to disrupt or endanger free movement of cargo for WFP and other emergency responders,” it said.

The UN has said the bridge was “reportedly” blown up by security forces from the Amhara region, south of Tigray, but the government on Friday blamed Tigrayan forces.

In his comments to diplomats Friday, Demeke reiterated the government’s position that the ceasefire was motivated by humanitarian concerns and to facilitate farming.