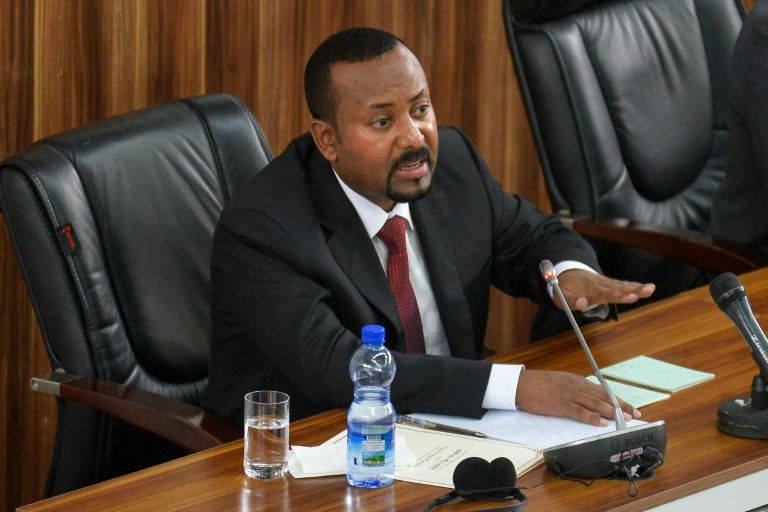 Ethiopia on Wednesday declared a state of emergency to fight the coronavirus pandemic, which has so far infected 55 people and resulted in two deaths there.

It is the first state of emergency announced under Prime Minister Abiy Ahmed, who came to power in 2018 and won last year’s Nobel Peace Prize in part for expanding political freedoms in the authoritarian nation.

“Because the coronavirus pandemic is getting worse, the Ethiopian government has decided to declare a state of emergency under Article 93 of the constitution,” Abiy said in a statement.

“I call upon everybody to stand in line with government bodies and others that are trying to overcome this problem,” he added, warning of “grave legal measures” against anyone who undermines the fight against the pandemic.-

The attorney general’s office issued a statement specifying that the state of emergency would go into effect from Wednesday and last for five months.

Violators of the terms of the state of emergency face up to three years behind bars, it said, although it did not specify what constituted a violation or which rights might be suspended.

It was thus not immediately clear how the state of emergency would affect day-to-day life in Ethiopia.

The government has so far refrained from imposing a lockdown similar to those in effect elsewhere in the region, including in Rwanda, Uganda and Mauritius.

According to the country’s constitution, under a state of emergency the Council of Ministers has “all necessary power to protect the country’s peace and sovereignty” and can suspend some “political and democratic rights”.

Wednesday’s decree is likely to “beef up security operations with a greater role for the federal government, including the military,” said William Davison, Ethiopia analyst for the International Crisis Group, a conflict-prevention organisation.

“While this approach is understandable given the situation, it is critical that there is transparency over the government’s extra powers and that there is adequate monitoring of implementation,” Davison said.

Since reporting its first COVID-19 case on March 13, Ethiopia has closed land borders and schools, freed thousands of prisoners to ease overcrowding, sprayed main streets in the capital with disinfectant, and discouraged large gatherings.

But Abiy said over the weekend that a harsher lockdown would be unrealistic given that there are “many citizens who don’t have homes” and “even those who have homes have to make ends meet daily.”

Jawar Mohammed, a leading opposition politician, said Wednesday this called into question why a state of emergency was necessary.

“Officials have been saying the country is too poor to stop population movement. So why do you need a state of emergency if you are not planning to impose stricter rules?” Jawar told AFP.

During consultations with Abiy earlier this week, the opposition Oromo Liberation Front (OLF) voiced worries that a state of emergency would lead to human rights abuses — a well-documented problem under previous states of emergency imposed during several years of anti-government protests that swept Abiy to power.

“We explained our concern that the state of emergency has been initiated several times and it has been abused to violate the rights of citizens and other political activists,” OLF chairman Dawud Ibsa told AFP.

It’s also unclear how the state of emergency might affect planning for hotly-anticipated general elections in Ethiopia.

The country’s electoral board announced last week that voting planned for August would need to be postponed because of the pandemic.

It did not provide a timeline for when the elections would ultimately be held, and lawmakers’ constitutional mandates expire in October.

Davison, with the International Crisis Group, said the state of emergency could be used “to formally postpone elections” past that deadline, though such a move risks sparking opposition backlash.

“It is therefore essential that the government works with opposition parties on managing this constitutionally sensitive period and making new electoral arrangements,” Davison said.