The Times of Earth, International Edition
0
170 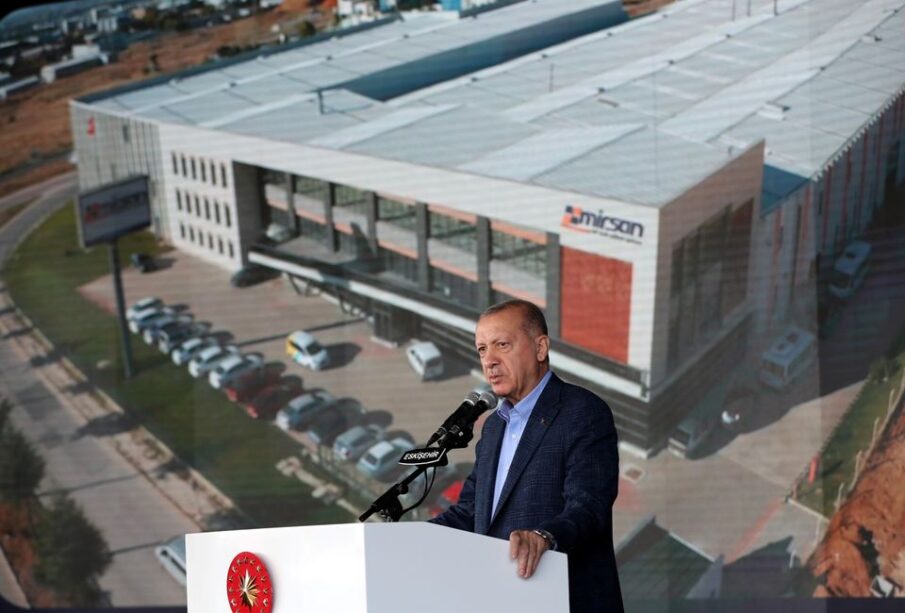 President Tayyip Erdogan’s political opponents said his call to expel the ambassadors of 10 Western allies was an attempt to distract attention from Turkey’s economic difficulties, while diplomats hoped the expulsions might yet be averted.

On Saturday Erdogan said he ordered the envoys be declared ‘persona non grata’ for seeking philanthropist Osman Kavala’s release from prison. The foreign ministry has not yet carried out the president’s instruction, which would open the deepest rift with the West in Erdogan’s 19 years in power.

The diplomatic crisis coincides with investor worries about the Turkish lira’s fall to a record low after the central bank, under pressure from Erdogan to stimulate the economy, unexpectedly slashed interest rates by 200 points last week.

Kemal Kilicdaroglu, leader of the main opposition CHP, said Erdogan was “rapidly dragging the country to a precipice”.

“The reason for these moves is not to protect national interests but to create artificial reasons for the ruining of the economy,” he said on Twitter.

Kavala, a contributor to numerous civil society groups, has been in prison for four years, charged with financing nationwide protests in 2013 and with involvement in a failed coup in 2016. He denies the charges and has remained in detention while his trial continues.

“We’ve seen this film before. Return at once to our real agenda and the fundamental problem of this country, the economic crisis,” said opposition IYI Party deputy leader Yavuz Agiralioglu.

Erdogan said the envoys were impudent and had no right to demand Kavala’s release, stressing that the Turkish judiciary was independent.

Sinan Ulgen, chairman of Istanbul-based think tank Edam and a former Turkish diplomat, said Erdogan’s timing was incongruous as Turkey was seeking to recalibrate its foreign policy away from episodes of tension in recent years.

“I still hope that Ankara will not go through with this,” he wrote on Twitter, describing it as an unprecedented measure among NATO allies. “The foreign policy establishment is working hard to find a more acceptable formula. But time running out.”

Erdogan has not always followed through with threats.

In 2018 Erdogan said Turkey would boycott U.S. electronic goods in a dispute with Washington. Sales of the goods were unaffected. Last year, he called on Turks to boycott French goods over what he said was President Emmanuel Macron’s “anti-Islam” agenda, but did not follow through.

One diplomatic source said a decision on the envoys could be taken at Monday’s cabinet meeting and that de-escalation was possible given concerns about the potential diplomatic fallout. Erdogan has said he will meet U.S. President Joe Biden at next weekend’s G20 summit in Rome.

According to the Vienna Convention on Diplomatic Relations, a state may notify a country’s diplomatic mission that a staff member is unwelcome. The country may recall that person or terminate their role.

Erdogan has dominated Turkish politics for two decades but support for his ruling alliance has eroded significantly ahead of elections scheduled for 2023, partly because of sharp rises in the cost of living.

While the International Monetary Fund projects economic growth of 9% this year, inflation is more than double that and the lira has fallen 50% against the dollar since Erdogan’s last election victory in 2018.

Emre Peker, from the London-based consultancy Eurasia Group, said the threatened expulsions at a time when the economy faces “massive challenges, is at best ill-considered, and at worst a foolish gambit to bolster Erdogan’s plummeting popularity”.

“Erdogan has to project power for domestic political reasons,” he said, adding that typically countries whose envoys have been kicked out retaliate with tit-for-tat expulsions. “This stands to make for increasingly difficult relations with Washington and the EU.”

In a joint statement on Oct. 18, the ambassadors of Canada, Denmark, France, Germany, the Netherlands, Norway, Sweden, Finland, New Zealand and the United States called for a just and speedy resolution to Kavala’s case, and for his “urgent release”. They were summoned by the foreign ministry, which called the statement irresponsible.

The European Court of Human Rights called for Kavala’s immediate release two years ago, saying there was no reasonable suspicion that he had committed an offence.

Soner Cagaptay from the Washington Institute for Near East Policy, said the countries involved made up half of Turkey’s top 10 trading partners, underlining the potential setback to Erdogan’s efforts to boost the economy ahead of elections.

“Erdogan believes he can win the next Turkish elections by blaming the West for attacking Turkey — notwithstanding the sorry state of the country’s economy,” he wrote on Twitter.