The Times of Earth, International Edition
0
319 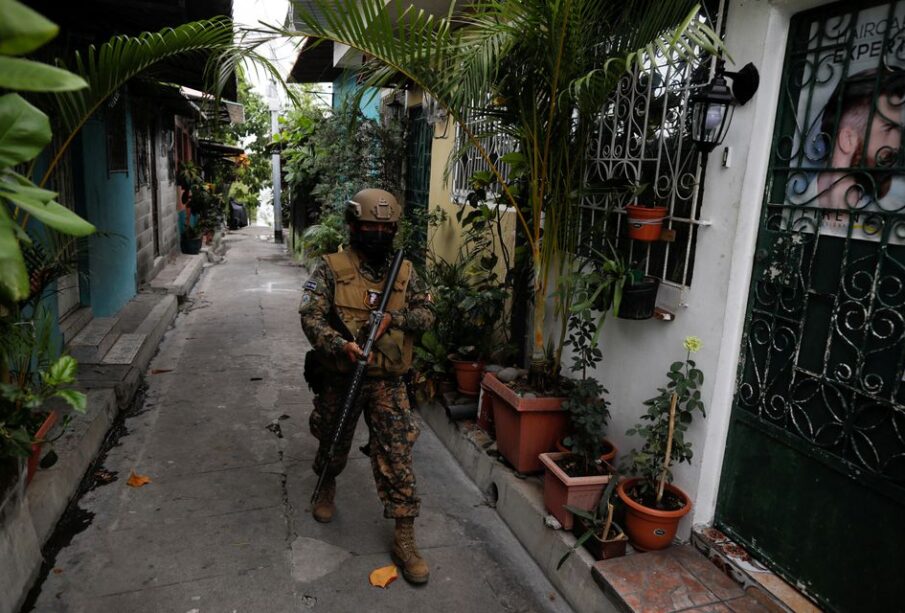 El Salvador’s Congress on Sunday approved a month-long extension of emergency measures that rights groups say infringe civil liberties but which President Nayib Bukele has said are necessary after a surge of gang killings.

The measures, which enact emergency powers to limit some constitutional rights, went into effect late last month after the Central American country registered 62 homicides in one day – the highest toll in two decades.

Since then, authorities said they have arrested more than 16,000 suspected gang members. Human rights organizations have said the detentions include arbitrary arrests of non-gang members and abuses of authority.

“The number of abuses committed during these 30 days are countless, mainly due to fear from victims and relatives to denounce them,” human rights advocate Celia Medrano told reporters.

Bukele said last month the emergency powers would be used only as necessary and life would go on as normal for the “vast majority” of people.

The measures allow for restrictions on free assembly and the inviolability of correspondence and communications, as well as an extension of administrative detention.

Since the measures were enforced, lawmakers also voted to approve substantial increases in prison sentences for gang leaders and members.

“We are going to be chasing them until they are brought to justice. We want a country free of gangs,” Defense Minister Rene Merino told reporters.

That rate has fallen steadily since Bukele took office in 2019. Police data shows that 1,140 homicides were committed last year, 15% down from the previous year.

But critics say Bukele’s administration has been marked by backsliding on democracy as he has sought to consolidate his control over the legislative and judicial branches.

His government has also been accused of brokering a pact with the two main gangs, offering members better prison conditions, money and other benefits in exchange for them reducing homicide rates and supporting Bukele’s party in legislative elections.

He has repeatedly denied those accusations.

The United States said this month it was concerned about the spike of killings, and called on El Salvador to tackle the problem while protecting civil liberties.

U.S. steps up military aid for Ukraine during first official visit since ...