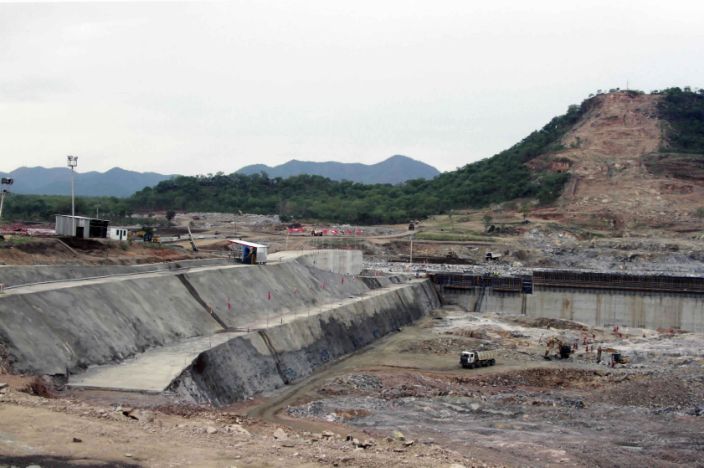 Egypt, Ethiopia and Sudan resumed their years-long negotiations Sunday over the controversial dam Ethiopia is building on the Blue Nile, officials said.

The resumption came six weeks after Khartoum boycotted talks in November, urging the African Union to play a greater role in reaching a deal over the disputed Grand Ethiopia Renaissance Dam.

The negotiations have centered on the filling and operation of the giant dam. Key questions remain about how much water Ethiopia will release downstream if a multi-year drought occurs and how the three countries will resolve any future disputes. Ethiopia has rejected binding arbitration at the final stage of the project.

Ethiopia’s Water and Energy Minister Seleshi Bekele said earlier the meeting was called by South Africa, the current head of the African Union, and that U.S. observers and AU experts would attend.

In November, Sudan did not attend a round of talks called by South Africa, arguing that the current approach to reaching a tripartite agreement on the filling and operation of Ethiopia’s dam had not yielded results.

Sudanese Irrigation Minister Yasser Abbas said at the time that the AU should do more to “facilitate the negotiation and bridge the gap between the three parties.”

Egypt has called it an existential threat and worries that it will reduce the country’s share of Nile waters.

The Arab’s world most populous country relies almost entirely on the Nile to supply water for agriculture and its more than 100 million people. About 85% of the river’s flow originates from Ethiopia.

Ethiopia says the $4.6 billion dam will be an engine of development that will pull millions of people out of poverty. Sudan, in the middle, worries about the effects on its own dams, although it stands to benefit from access to cheap electricity.