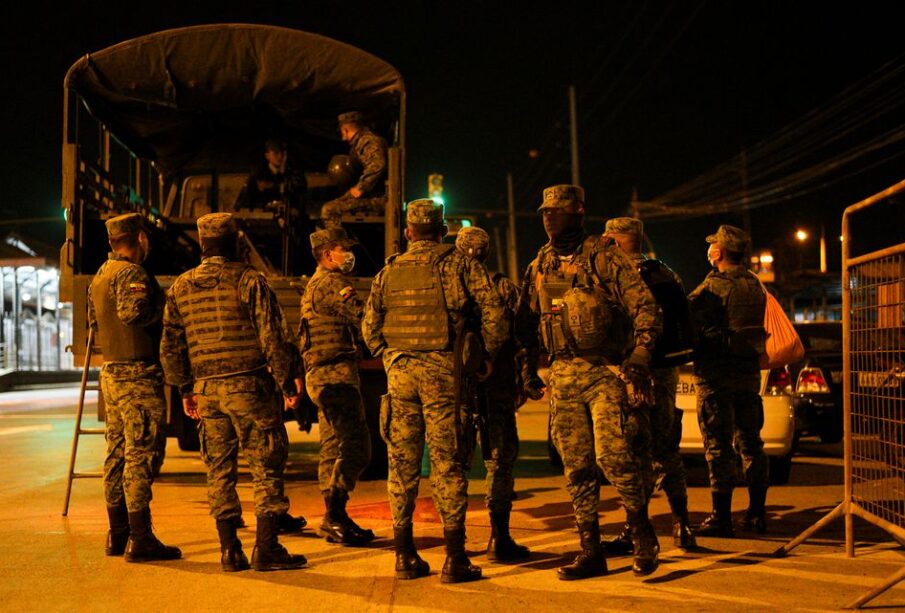 Members of the military gather outside of the Penitenciaria del Litoral, one of Ecuador's largest prisons, after prisoners died in a riot, in Guayaquil, Ecuador, September 29, 2021. REUTERS

Ecuador’s national police service said on Thursday that it had sent in 400 officers to restore order at one of the country’s largest prisons after a riot this week in which at least 116 inmates died and 80 were injured.

Rival gangs battled for control of the Penitenciaria del Litoral in Guayas province on Tuesday night in the deadliest act of prison violence in the South American country’s history, after 79 and 22 died in riots in February and July this year, respectively.

“Around 400 police officers are carrying out an intervention and search operation inside (the prison) in order to maintain order and guarantee security,” the national police force, Policia Ecuador, wrote on Twitter early on Thursday, alongside a video of officers marching with riot gear.

The police force later added that officers had discovered three explosive devices within the prison, located on the outskirts of the Andean nation’s largest city of Guayaquil. Ecuador’s prosecutor’s office said late on Wednesday that it was still collecting information from within the detention center.

President Guillermo Lasso said on Wednesday that he would free up funds and send additional security forces into the country’s prison system to avoid a repeat of the clashes.

The Inter-American Commission on Human Rights (IACHR) said on Wednesday that it condemned the acts of violence and called on Ecuador to prevent criminal groups from operating from within its penitentiaries.

“IACHR again urges the state of Ecuador to investigate the facts with due diligence and implement actions to avoid a repeat, such as increasing security and surveillance in prisons,” the Washington, D.C.-based human rights wing of the Organization of American States wrote on Twitter.