The Times of Earth, International Edition
0
490 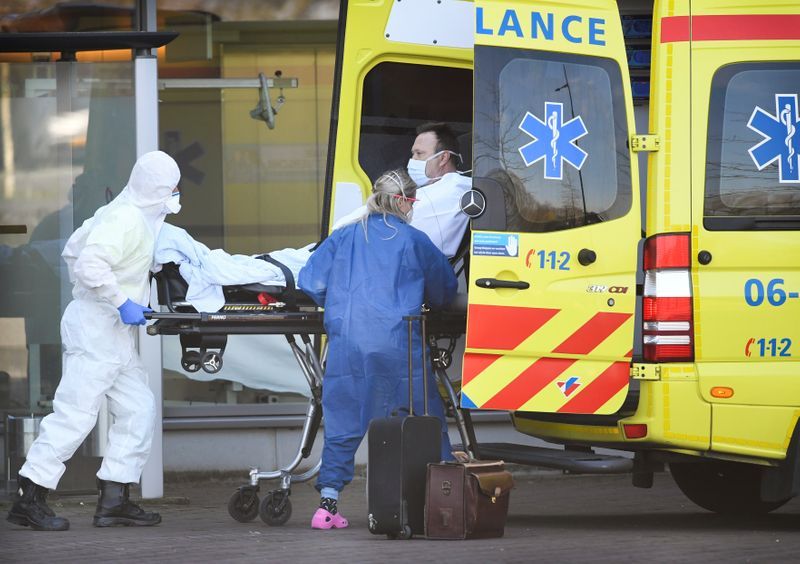 Dutch health workers leave with a patient at Bernhoven hospital, as the spread of coronavirus disease (COVID-19) continues, in Uden. REUTERS

The number of confirmed coronavirus cases in the Netherlands surged past the 10,000 mark, health authorities said, adding that deaths and hospitalisations were waning.

The Netherlands’ National Institute for Health (RIVM) said confirmed cases rose by 1,104 to 10,866, an 11% increase. There were 132 new deaths, bringing the total number of fatalities to 771.

“Just as in the preceding days, the number of hospitalized patients and the number of deaths are increasing less quickly than would have been expected without measures,” the RIVM said.

But because health authorities were mostly testing the very sick and healthcare workers for the virus, the real number of infections is likely to be far higher, the RIVM said.