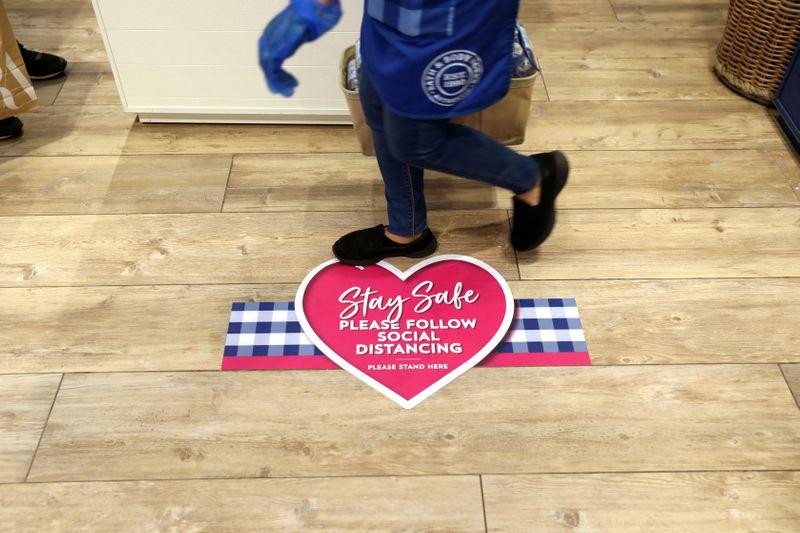 A social distancing marker as a preventive measure against the spread of the coronavirus disease (COVID-19). REUTERS

Dubai, the most populous of the seven emirates that make up the UAE, on April 24 eased a full curfew to eight hours at night, and allowed dine-in restaurants and shopping malls to reopen at limited capacity.

Other emirates have followed Dubai in easing restrictions. In the UAE capital Abu Dhabi, some malls have resumed business, while Sharjah reopened malls and dine-in restaurants.

The UAE has so far reported 19,661 infections and 203 deaths from the virus, the second highest death toll among six Gulf states. It does not disclose numbers for individual emirates.

The UAE, like other Gulf Arab countries, had ramped up testing after recording a spread of the disease among low-wage migrant workers living in overcrowded accommodation.

On Tuesday, the UAE announced that tests would now be free for all Emirati citizens and domestic workers, in addition to the disabled, pregnant women and residents over 50 years of age.

Emirates Airline plans scheduled flights from May 21 to nine cities