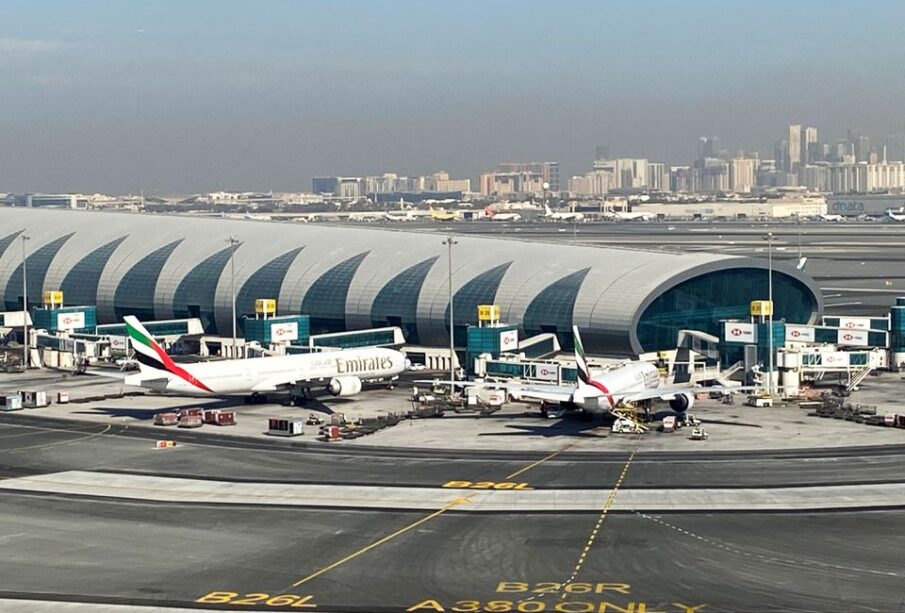 Emirates planes are seen on the tarmac in a general view of Dubai International Airport in Dubai, United Arab Emirates January 13, 2021. Picture taken through a window. REUTERS/Abdel Hadi Ramahi

Dubai International Airport, one of the world’s leading air hubs, reported on Thursday its busiest quarter in two years, with passenger traffic more than doubling year-on-year in the first three months of the year.

The airport handled 13.6 million passengers in the January to March period, compared to 5.7 million a year earlier, state operator Dubai Airports said in a statement.

The airport, which is the hub of airline Emirates, is forecast to handle 58 million passengers this year.