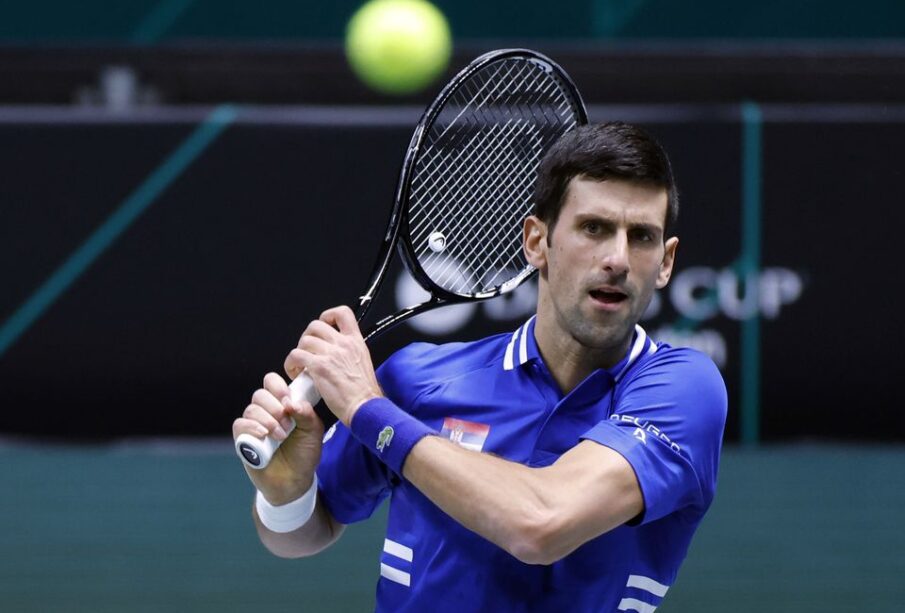 World number one tennis player Novak Djokovic was denied entry into Australia on Thursday amid a storm of protest about a decision to grant him a medical exemption from COVID-19 vaccination requirements to play in the Australian Open.

The tennis star was holed up in a quarantine hotel in Melbourne after his lawyers secured an agreement for him to remain in the country for a court hearing on Monday in his case to overturn the federal government ban on his entry.

The saga, fuelled by domestic political point-scoring about the country’s handling of a record surge in new COVID-19 infections, has created an international row with Serbia’s president claiming his nation’s most celebrated sportsman was being harassed.

“There are no special cases, rules are rules,” Australian Prime Minister Scott Morrison said at a televised media briefing. “We will continue to make the right decisions when it comes to securing Australian borders in relation to this pandemic.”

Djokovic, who has consistently refused to disclose his vaccination status while publicly criticising mandatory vaccines, kicked off the furor when he said on Instagram on Tuesday he had received a medical exemption to pursue a record-breaking 21st Grand Slam win at the Open starting Jan. 17.

The announcement prompted an outcry in Australia, particularly in tournament host city of Melbourne, which has endured the world’s longest cumulative lockdown to ward off the coronavirus.

Australia’s adult vaccination rate of about 91% is high by international standards and there is little public sympathy for those who refuse to be inoculated, with the Omicron variant sending case numbers to record levels.

However, the move by the Australian government to block Djokovic’s entry caused ructions between Canberra and Belgrade.

Serbian President Aleksandar Vucic said on Twitter he had spoken with Djokovic, giving the reassurance “that the whole of Serbia is with him and that our bodies are doing everything to see that the harassment of the world’s best tennis player is brought to an end immediately.”

Morrison said he was aware that “representations have been made” by the Serbian embassy in Canberra and denied the claims of harassment. Morrison said it was an individual case and noted that Djokovic had garnered attention, a possible reference to his anti-vaccination comments and Instagram post.

Djokovic’s father told media in Serbia that his son was ushered into an isolation room under police guard when he touched down at Melbourne’s Tullamarine airport at about 11:30 p.m. (1230 GMT) on Wednesday after a 14-hour flight from Dubai.