Despite virus outbreaks, US meat plants told to stay open

The Times of Earth, International Edition
0
710 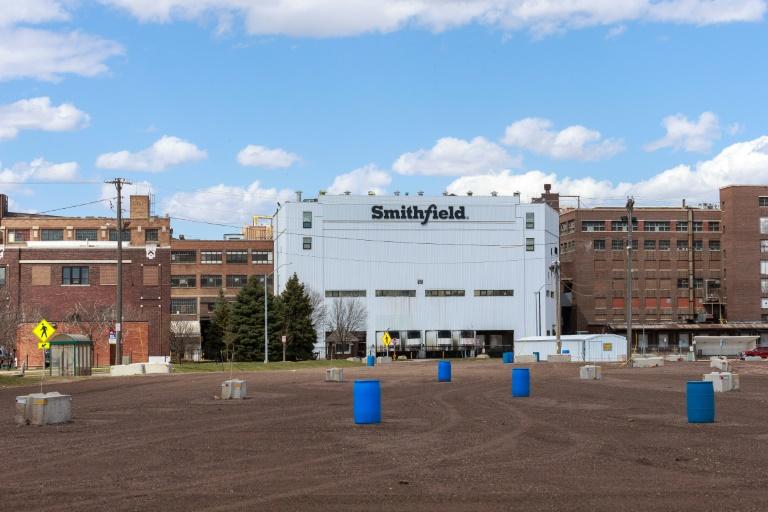 The Smithfield Foods plant in Sioux Falls, South Dakota, has been closed until further notice due to coronavirus (AFP Photo/Kerem Yucel)

US slaughterhouses are being forced to stay open on government orders despite deadly coronavirus outbreaks among workers, as authorities move to ensure supermarkets are fully stocked with meat.

President Donald Trump signed the executive order on Tuesday under the Defense Production Act, a law designed for use in wartime to divert private business for defense and security needs.

Several major plants where farmers send cattle, pigs and poultry have shut due to the rapid spread of COVID-19 between employees, who are often in close proximity on production lines and on breaks.

“In some cases, the closures were due to outbreaks among workers at the plants. In other cases it is a struggle to keep workers, who are afraid of getting sick, coming into the plant,” it said.

The stoppages raise the risk of empty shelves in US stores, while — on the production end — breeders have nowhere to send their animals to slaughter.

Cows can continue to graze, but many pigs are fattened indoors on a tight schedule and, if they become too fat, they lose their value and can be injured.

The US Department of Agriculture (USDA) has set up a special unit to support farmers who need to process animals, including helping breeders to slaughter them themselves.

But unions say that management did not take the situation seriously enough and the precautions came too late.

“The plant instituted all the changes that workers requested but by then several dozens workers had already tested positive and the plant was already a hot spot.”

The United Food and Commercial Workers union says 20 meat industry employees have died and at least 6,500 have been affected.

“For the sake of all our families, we must prioritize the safety and security of these workers,” said union president Marc Perrone, calling for authorities to closely monitor prevention measures taken by companies.

Food and Water Watch, a non-profit group that campaigns for greater accountability in the food chain, denounced giant meat companies for claiming there was a risk of shortages despite high levels of frozen beef and chicken.

“The federal government should be stepping in … to get our abundant frozen meat supplies to stores and food banks that need them.”

Finland to reopen schools and daycares gradually starting May 14