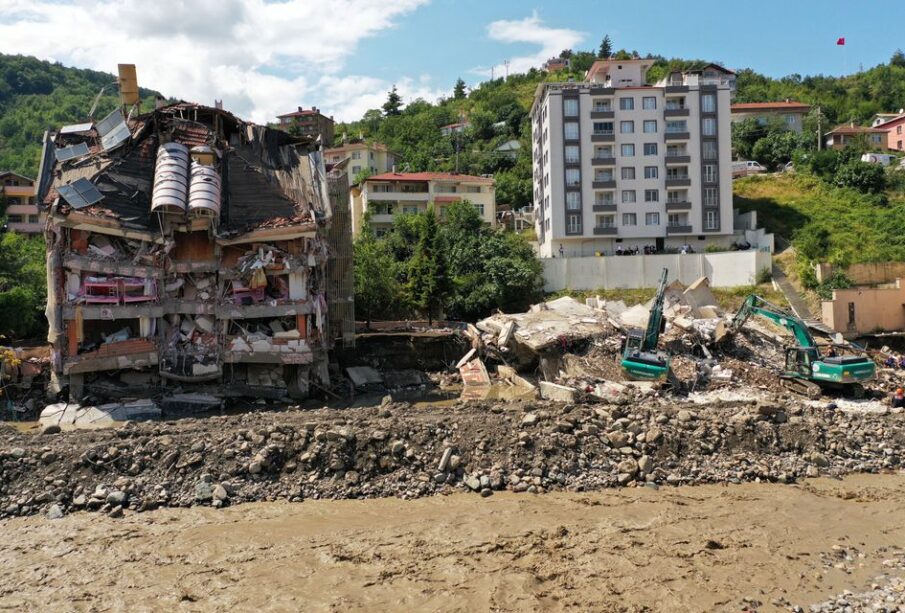 A view shows a partially collapsed building, as the area was hit by flash floods that swept through towns in the Turkish Black Sea region, in the town of Bozkurt, in Kastamonu province, Turkey, August 14, 2021. REUTERS/Mehmet Emin Caliskan

Flash floods that have swept through towns in the Turkish Black Sea region have killed 62 people, authorities said on Sunday, as search and rescue efforts to find missing people continued.

The floods brought chaos to northern provinces just as authorities were declaring wildfires had been brought under control after raging through southern coastal regions for two weeks.

Fifty-two people died as a result of floods in Kastamonu province, another nine people died in Sinop and one in Bartin, the Disaster and Emergency Management Directorate (AFAD) said.

Torrents of water tossed dozens of cars and heaps of debris along streets, destroyed buildings and bridges, closed roads and cut off electricity to hundreds of villages.

More than 2,000 people were evacuated from affected areas, some with the help of helicopters and boats, AFAD said.