The Times of Earth, International Edition
0
350 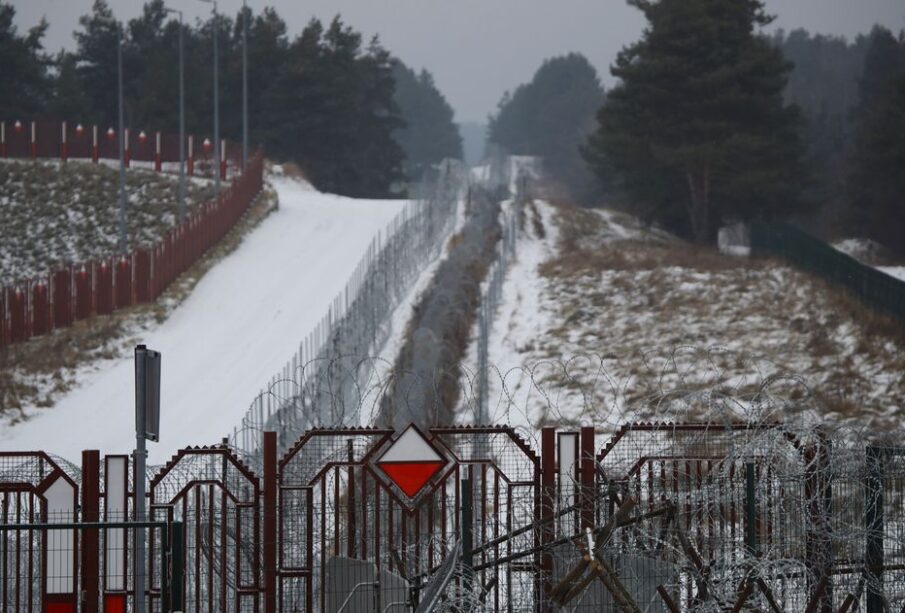 A fence on the border between Poland and Belarus is seen at the Kuznica-Bruzgi checkpoint on the Polish-Belarusian border amid the migrant crisis, in Kuznica, Poland, December 6, 2021. REUTERS/Kacper Pempel

The Czech government on Wednesday approved the deployment of up to 150 soldiers to help Poland stop the flow of migrants seeking entry from Belarus, a crisis the European Union has accused Minsk of engineering.

The plan, subject to approval by parliament, would make the Czech Republic the third outside country to send personnel to the Poland-Belarus border, after fellow NATO members Estonia and Britain.

“The Polish side has asked for engineering units because it is asking for fulfilling the tasks of building and repairing border barriers. And it asked for units for monitoring the border with Belarus both in the day and at night,” Czech Defence Minister Lubomir Metnar told a news conference.

He said he expected parliament may approve the deployment next week and troops could move to Poland the week after.

They would not get directly involved in any contact with people trying to cross the border. The units will include one in charge of drones, Metnar said.

The Czech Republic is part of the Visegrad group of central European countries, which also includes Poland, Slovakia and Hungary. The group has taken a firm line on migration.

Outgoing prime minister Andrej Babis pledged to keep migrants out as part of his October election campaign, while the new incoming government coalition has backed the plan to send troops to help Poland.

The number of attempted crossings into Poland by migrants travelling via Belarus from the Middle East or Africa has fallen in recent days, with Poland’s Border Guard reporting 51 attempts on Tuesday, a fraction of the highs seen in mid-November when as many as 501 people tried to cross in a day.

But tensions remain, and Poland accuses Belarusian security services of helping migrants to cross the border and of provoking Polish troops, for example by throwing fire crackers. Minsk denies this.