The Times of Earth, International Edition
0
740 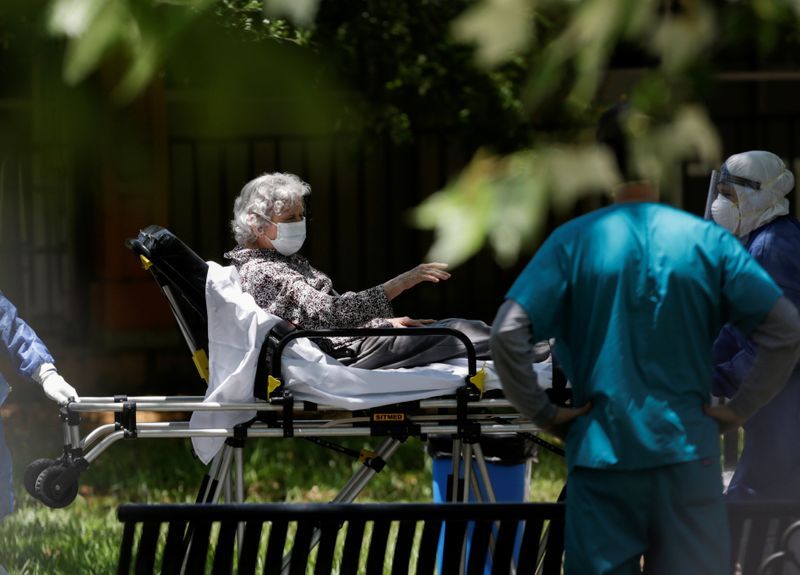 The spread of the coronavirus disease (COVID-19) in Guadalupe, outskirts of Monterrey. REUTERS

Latin America’s death toll from the coronavirus pandemic surpassed 100,000 on Tuesday, according to a Reuters tally, with few signs of the outbreak easing in a region marked by crowded cities and high poverty levels.

Latin America has seen an alarming spike in cases and deaths even as the tide of infection recedes in Europe and parts of Asia. The number of infections, at 2.2 million, has doubled in less than a month.

Brazil – Latin America’s largest and most populous nation – this week became only the second country to reach the 50,000 deaths milestone, after the United States. Mexico on Tuesday registered a fresh one-day record for confirmed infections.

The true scale of the coronavirus damage to Latin America is likely to be much deeper, experts say, as countries across the region have failed to implement rigorous testing programmes. Many officials concede the death toll is likely far higher.

Hugo Lopez-Gatell, Mexico’s deputy health minister and the country’s coronavirus tsar, on Tuesday signaled that his nation is in for a long battle against coronavirus.

“We must learn to live with the SARS-CoV-2 virus and permanently incorporate hygiene and prevention practices into the new reality,” said Lopez-Gatell, urging the Mexican society to adapt its response to the threat.

On top of creaking healthcare systems in many countries across the region, Latin America’s battle against the virus has been hamstrung by widespread poverty and many workers living a hand-to-mouth existence in the informal sector that has hindered quarantine efforts.

The leaders of regional heavyweights Brazil and Mexico have also been chastised for not taking the virus seriously enough and for pushing for a reopening of their economies before the virus has been tamed.

A Brazilian judge on Tuesday ordered President Jair Bolsonaro to wear a mask in public after the right-wing populist attended political rallies without one in the middle of the world’s second-worst coronavirus outbreak.

Brazil registered an additional 1,374 deaths on Tuesday from the virus and 39,436 new cases, pushing the death toll from the novel coronavirus to 52,000 people in Latin America’s biggest economy. More than 1.1 million have been infected.

Mexico, the worst hit-nation in the region after Brazil in terms of overall figures, on Tuesday registered 6,288 new infections and 793 additional deaths. That brought the totals for the country to 191,410 cases and 23,377 deaths.

The virus also appears to be on the rise in Central America, where Guatemala on Tuesday recorded more than 700 new infections for the first time. An additional 35 deaths were registered in Guatemala, taking it deaths total to 582.