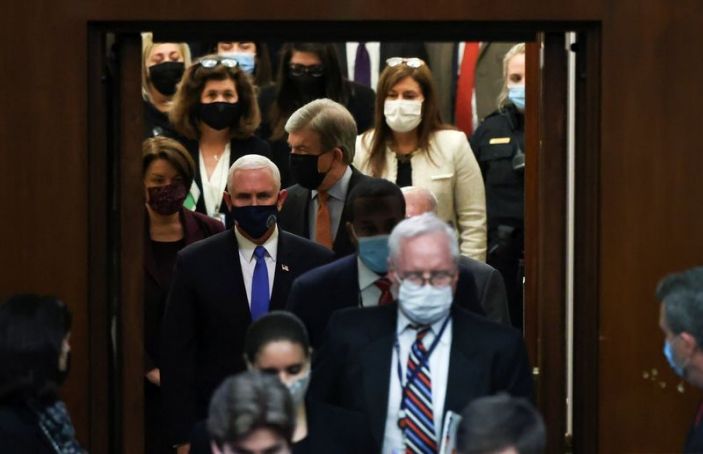 The U.S. Congress on Thursday certified enough Electoral College votes for Democrat Joe Biden to hand him the victory in the Nov. 3 presidential race over Republican President Donald Trump.

Vice President Mike Pence, who presided over the vote count, formally announced the results of Biden’s 306-232 win over Trump in the Electoral College.

The confirmation came nearly 12 hours after hundreds of pro-Trump demonstrators stormed the Capitol while lawmakers were counting the electoral votes inside. Four people, including a woman who was shot by police, died during the chaos.

The normally procedural session of Congress was disrupted on Wednesday when supporters of President Trump stormed the Capitol building. The session resumed and continued through the night after the building was cleared.