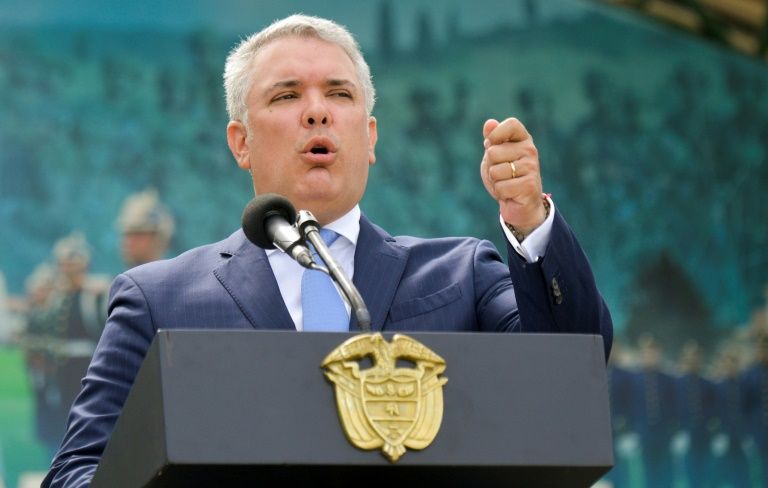 Colombia’s President Ivan Duque on Wednesday called on the United Nations to prolong its peace verification mission in the South American country until 2022.

The mission is tasked with monitoring compliance with the fragile 2016 peace agreement between the government and the former FARC guerrilla movement that ended 50 years of conflict.

The UN Security Council decided in September to extend the mission until the end of 2020.

“The desire of our government is that the observation mission accompanies us for the duration of our mandate, until August 2022,” Duque said after a meeting with mission chief Carlos Ruiz Massieu at government headquarters.-

Ruiz Massieu said that although “very important advances” had been made in the implementation of the agreement, he said it faced “great challenges,” both in the short and long term.

When Duque was elected in August 2018, he promised to modify the accord, which he considers too lenient on ex-fighters guilty of serious crimes.

Most of the FARC forces disarmed under the agreement and joined a political party.

But the ex-guerrilla group has denounced delays in the application of the accord as well as a lack of legal guarantees and security for its members.

The UN said 2019 was the deadliest year for ex-FARC combatants since the peace deal, with 77 former rebels killed over the past 12 months.

Eighty percent of the attacks were related to criminal groups and organizations linked to drug trafficking and illegal mining, the UN says.