The Times of Earth, International Edition
0
652 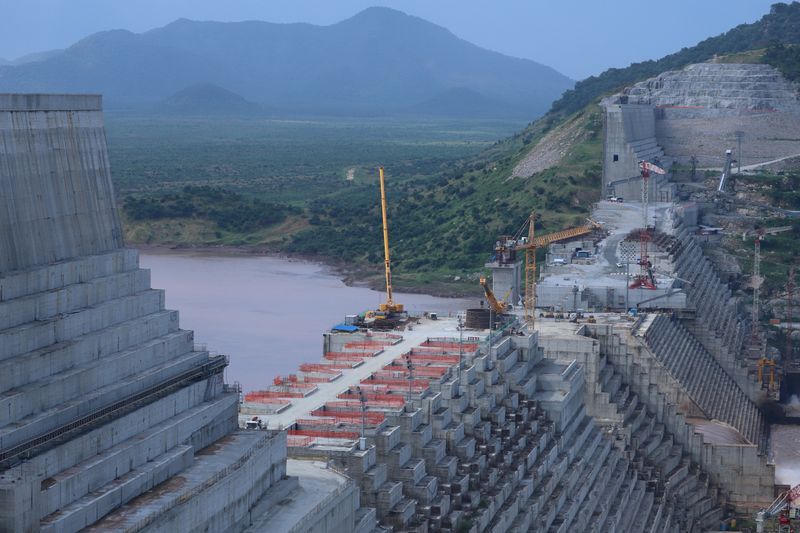 Egypt is counting on international pressure to unlock a deal it sees as crucial to protecting its scarce water supplies from the Nile river before the expected start-up of a giant dam upstream in Ethiopia in July.

Tortuous, often acrimonious negotiations spanning close to a decade have left the two nations and their neighbour Sudan short of an agreement to regulate how Ethiopia will operate the dam and fill its reservoir.

Though Egypt is unlikely to face any immediate, critical shortages from the dam even without a deal, failure to reach one before the filling process starts could further poison ties and drag out the dispute for years, analysts say.

“There is the threat of worsening relations between Ethiopia and the two downstream countries, and consequently increased regional instability,” said William Davison, a senior analyst at the International Crisis Group.

The latest round of talks left the three countries “closer than ever to reaching an agreement”, according to a report by Sudan’s foreign ministry seen by Reuters.

But it also said the talks, which were suspended last week, had revealed a “widening gap” over the key issue of whether any agreement would be legally binding, as Egypt demands.

The stakes for largely arid Egypt are high, for it draws at least 90% of its fresh water from the Nile.

With Ethiopia insisting it will use seasonal rains to begin filling the dam’s reservoir next month, Cairo has appealed to the U.N. Security Council in a last-ditch diplomatic move.

The Grand Ethiopian Renaissance Dam (GERD) is being built about 15 km (nine miles) from the border with Sudan on the Blue Nile, the source of most of the Nile’s waters.

Ethiopia says the $4 billion hydropower project, which will have an installed capacity of 6,450 megawatts, is essential to its economic development. Addis Ababa told the U.N. Security Council in a letter this week that it is “designed to help extricate our people from abject poverty”.

The letter repeated accusations that Egypt was trying to maintain historic advantages over the Nile and constrict Ethiopia’s pursuit of future upstream projects. It argued that Ethiopia had accommodated Egyptian demands to allow recent talks to move forward before Egypt unnecessarily escalated by taking the issue to the Security Council.

Egypt says it is focused on securing a fair deal limited to the GERD, and that Ethiopia’s talk of righting colonial-era injustice is a ruse meant to distract attention from a bid to impose a fait accompli on its downstream neighbours.

Both accuse each other of trying to sabotage the talks and of blocking independent studies on the impact of the GERD. Egypt requested U.S. mediation last year, leading to talks over four months in Washington that broke down in February.

The resort to outside mediation came because the two sides had been “going round in vicious cycles for years”, said an Egyptian official. The stand-off is a chance for the international community to show leadership on the issue of water, and help broker a deal that “could unlock a lot of cooperation possibilities”, he said.

Talks this month between water ministers led by Sudan, and observed by the United States, South Africa and the European Union, produced a draft deal that Sudan said made “significant progress on major technical issues”.

It listed outstanding technical issues however, including how the dam would operate during “dry years” of reduced rainfall, as well as legal issues on whether the agreement and its mechanism for resolving disputes should be binding.

Sudan, for its part, sees benefits from the dam in regulating its Blue Nile waters, but wants guarantees it will be safely and properly operated.

Like Egypt it is seeking a binding deal before filling starts, but its increasing alignment with Cairo has not proved decisive.

Technical compromises are still available, said Davison, but “there’s no reason to think that Ethiopia is going to bow to increased international pressure”.

“We need to move away from diplomatic escalation and instead the parties need to sit themselves once again around the table and stay there until they reach agreement.”