Civilians killed in US special operations raid in Syria

The Times of Earth, International Edition
0
729 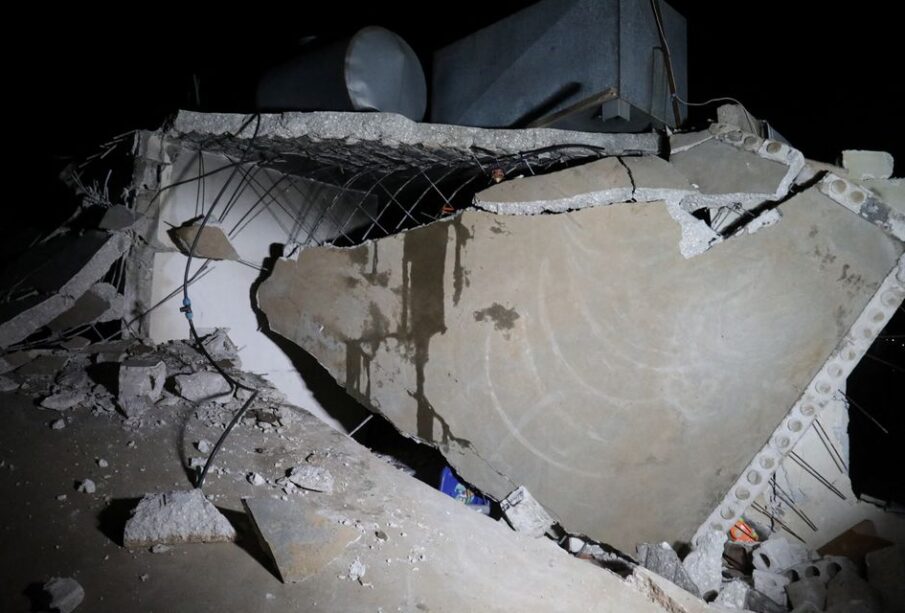 A damaged building is seen in the aftermath of a counter-terrorism mission conducted by the U.S. Special Operations Forces in Atmeh, Syria, February 3, 2022 in this picture obtained from social media. Courtesy of Mohamed Al-Daher/via REUTERS

U.S. special forces successfully carried out a counter-terrorism mission in northwest Syria on Thursday, the Pentagon said, a raid which Syrian sources said was believed to have targeted a leading jihadist.

A video taken by a resident and seen by Reuters showed the bodies of two apparently lifeless children and a man in the rubble of a building at the location.

“U.S. Special Operations forces under the control of U.S. Central Command conducted a counter-terrorism mission this evening in northwest Syria. The mission was successful,” Pentagon Press Secretary John Kirby said in a statement.

“There were no U.S. casualties. More information will be provided as it becomes available.”

A rebel official who declined to be named said the jihadist who was the apparent target of the raid was with his family at the time. Witnesses said the raid ended with aircraft, believed to be helicopters leaving the site, but unidentified reconnaissance planes were still hovering in the area.

U.S. forces have used drones to target the group and other jihadists in the area for years, but Thursday’s operation appeared to be the largest of its kind by U.S. forces in the northwest since Islamic State leader Abu Bakr al-Baghdadi died in a U.S. special operations raid in 2019, said Charles Lister, senior fellow with the Washington-based Middle East Institute.

Islamic State fighters have been re-emerging as a deadly threat, aided by the lack of central control in many areas, according to a dozen security officials, local leaders and residents in northern Iraq.

The United States has offered rewards for information leading to the identification of senior Huras al-Din leaders.

Northwestern Syria is last remaining last big enclave held by insurgents fighting President Bashar al-Assad. The most powerful group in the area is Hayat Tahrir al-Sham, the former Nusra Front, which was part of al Qaeda until 2016.

The rebel official said security from the Hayat Tahrir al-Sham group hurried to the location after the raid.

The Atmeh area is crammed with tens of thousands of Syrians who have been uprooted in the country’s war and live in makeshift camps or overcrowded housing.