The Times of Earth, International Edition
0
855 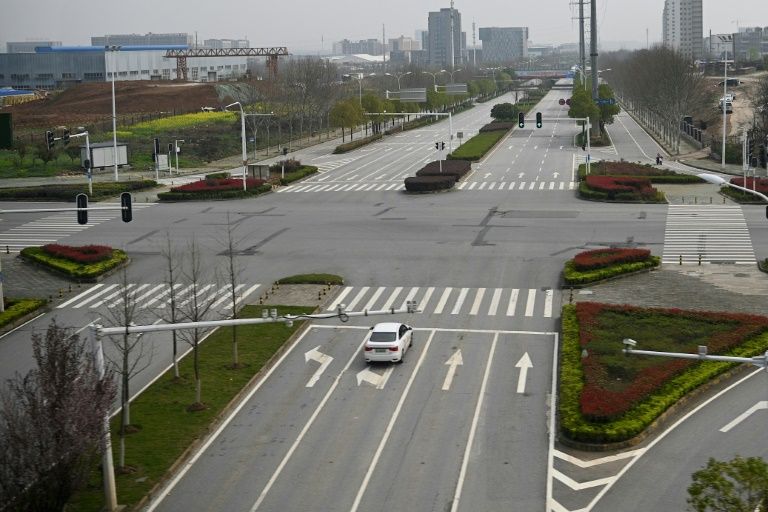 – Chinese President Xi Jinping visited Wuhan Tuesday for the first time since the city emerged as the epicentre of the coronavirus epidemic as authorities loosened travel curbs in its surrounding province — signalling confidence that the outbreak is under control.

Xi’s visit came as unprecedented quarantine measures that have sealed off Wuhan and the rest of central Hubei province since late January appear to have paid off, with new infections dropping dramatically in recent weeks.

Hubei also announced it would ease travel restrictions to allow healthy people in low-risk areas to travel throughout the province.

But the measure did not appear to loosen restrictions on Wuhan nor indicate if people could leave the province of 56 million people.-

China’s progress against the outbreak stands in stark contrast with the growing global crisis, with cases now growing at a faster pace abroad, and Italy enacting its own nationwide travel restrictions.

State media images showed Xi, who arrived by plane in Hubei’s capital, wearing a face mask as he spoke via video-link to frontline medical workers and patients who are at one of two field hospitals set up in the city.

He then went to a residential community in Wuhan to speak with people quarantined and community workers, state media said.

China’s most powerful leader since Mao Zedong is usually a daily fixture in state media but he has stayed out of the spotlight for much of the crisis and assigned Premier Li Keqiang to oversee the response to the epidemic.

But as the number of new cases has fallen in recent weeks, state media has played up Xi’s role in the fight against the outbreak, releasing a speech last month in which he said he had been giving instructions since early January.

“His visit is to signal that the outbreak has been effectively curbed, and is an attempt to quieten external criticism of him not going to the frontlines,” said Hao.

Authorities have faced rare and fierce criticism online over their handling of the virus, with local officials coming under particular scrutiny for punishing whistleblowers in an apparent attempt to cover up the outbreak in early January.

“During the worst of the outbreak, Xi avoided the epicentre because he did not want to be blamed, but when the situation gets better, he shows up in order to receive praise,” said Bruce Lui, a senior lecturer in journalism at Hong Kong Baptist University.

The death of doctor Li Wenliang, who died from the COVID-19 illness in February, sparked a wave of grief and anger online. He was among a group of people who had raised the alarm as early as December.

A visit by Vice Premier Sun Chunlan to a Wuhan residential community last week was met with angry public heckling as people reportedly complained that she was being shown a “fake” delivery of food — showing how easily state propaganda efforts could backfire.

The virus is believed to have emerged in December at a market that sold wild animals in Wuhan before ballooning into a national and then a global epidemic.

More than 4,000 people have died and over 110,000 have been infected worldwide, with the majority in China.

But China reported only 17 new cases in Wuhan on Tuesday, the lowest figure since it started publishing data on January 21, and two elsewhere that were imported from abroad.

“Xi doesn’t want to be associated with the disaster, but with the recovery,” said Adam Ni, a researcher at the China Policy Centre in Canberra.

“China has turned the corner now with COVID-19, and the party now wants to craft the most positive narrative despite early missteps.”

Hua, the Chinese analyst, said the main reason for Xi’s visit is because the outbreak has put tremendous pressure on the world’s second-largest economy and needs to get back to work.

“Xi wants to uplift people, and his visit suggests a gradual return to normal life and work,” Hua said.

China turns to propaganda to right image in virus ‘war’