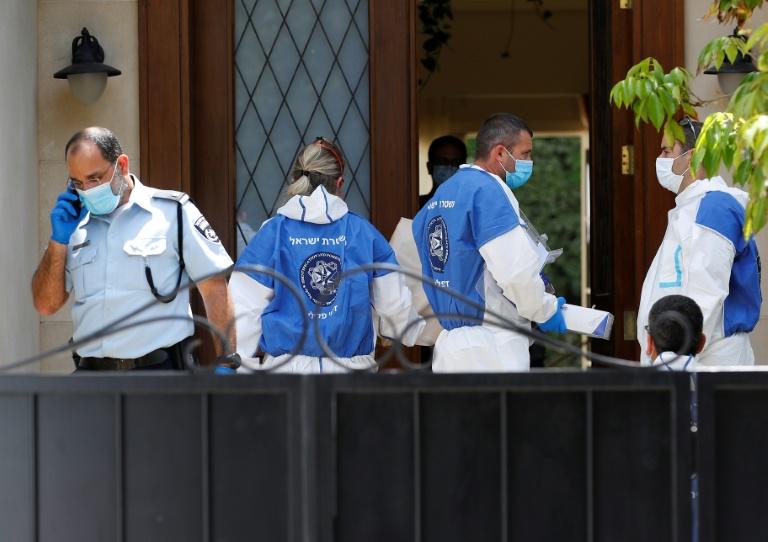 Police and forensic experts gather at the residence of the Chinese ambassador to Israel, Du Wei, on the outskirts of Tel Aviv after he was found dead on Sunday (AFP Photo/Jack GUEZ)

China’s ambassador to Israel, Du Wei, died at his home in Tel Aviv on Sunday, apparently from natural causes, a statement from Beijing said.

The 57-year-old envoy, who had arrived in Israel in mid-February, was found dead in his home in Herzliya, north of the city, spokesman Micky Rosenfeld told AFP.

Rosenfeld told AFP that officers had gone to the scene as part of “regular procedure”, but that police did not conduct an investigation into Du’s death.

Du’s wife and son were not with him in Israel.

Du had previously served as ambassador to Ukraine, according to his biography on the embassy’s website.

Du had undergone a 14-day home quarantine on arrival in Israel because of the new coronavirus outbreak, according to an interview with local media in May.

On April 2, Israel Hayom, the top-circulation Hebrew newspaper, published an editorial by Du on the theme that “Collaboration is the Cure for the Virus”.

China and Israel, a strong US ally, have boosted cooperation in the high-tech and other sectors, leading Washington to urge Israel to limit Chinese investment in its strategic sectors.