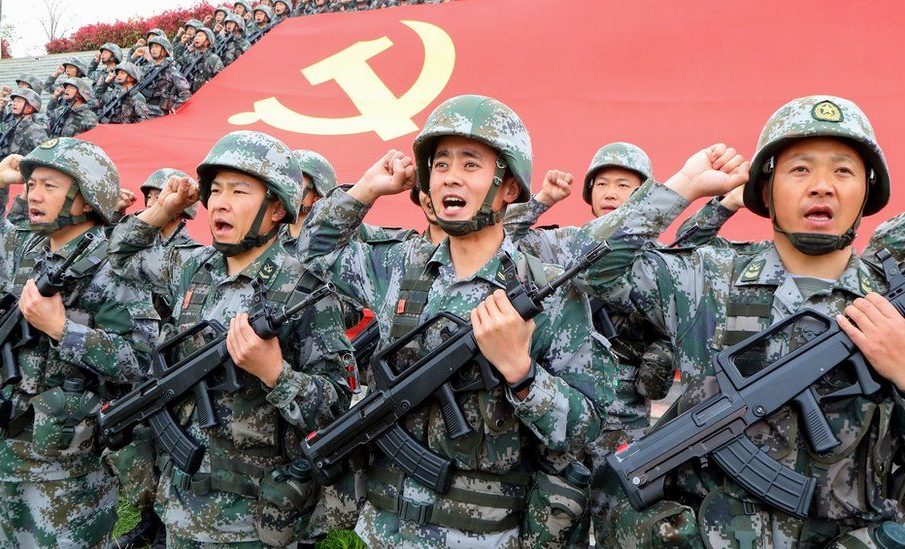 Nato has warned of China's military strength, but said it did not want a new Cold War with China. GETTY IMAGES

China’s mission to the European Union urged NATO on Tuesday to stop exaggerating the “China threat theory” after the group’s leaders warned that the country presents “systemic challenges”.

NATO leaders on Monday had taken a forceful stance towards Beijing in a communique at United States President Joe Biden’s first summit with the alliance.

The new U.S. president has urged his fellow NATO leaders to stand up to China’s authoritarianism and growing military might, a change of focus for an alliance created to defend Europe from the Soviet Union during the Cold War.

China is always committed to peaceful development, it said.

G7 nations meeting in Britain over the weekend scolded China over human rights in its Xinjiang region, called for Hong Kong to keep a high degree of autonomy and demanded a full investigation of the origins of the coronavirus in China.

China’s embassy in London said it was resolutely opposed to mentions of Xinjiang, Hong Kong and Taiwan, which it said distorted the facts and exposed the “sinister intentions of a few countries such as the United States.”