The Times of Earth, International Edition
0
1214 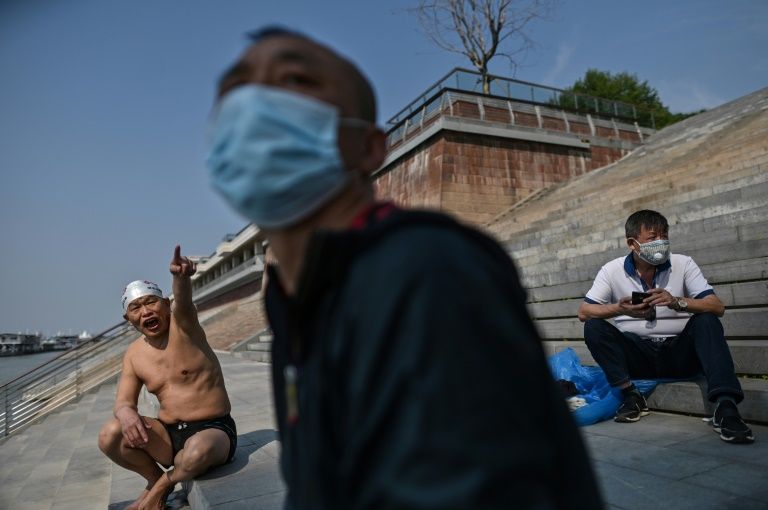 China on Thursday came under mounting pressure over the coronavirus pandemic from Western powers led by the United States, which said it was probing whether the virus that has infected more than 2.1 million people actually originated in a Wuhan laboratory.

The new focus on China’s role came as the world wrestles with a crisis that has killed more than 140,000 people and created historic jobless numbers, with Britain, Japan and New York extending lockdown measures.

President Donald Trump, who initially downplayed the illness whose US death toll has shot past 30,000, has been attacking China for weeks and appeared to gain support after a videoconference among leaders of the Group of Seven industrialized democracies.

British Foreign Secretary Dominic Raab told reporters there could be no “business as usual” with China.

“We’ll have to ask the hard questions about how it came about and how it couldn’t have been stopped earlier,” said Raab, filling in for Prime Minister Boris Johnson who is recovering from the virus.

French President Emmanuel Macron warned not to be “naive” in believing China has handled the outbreak well.

“There are clearly things that have happened that we don’t know about,” he said in an interview with the Financial Times.

COVID-19 first emerged late last year in Wuhan, with China saying it was suspected to have been transmitted to humans at a meat market that butchered exotic animals.

The Washington Post and Fox News reported there were growing suspicions the virus in fact slipped out of a sensitive laboratory in Wuhan that studied bats, blamed for the SARS coronavirus outbreak in 2003.

Neither outlet suggested the virus was spread deliberately.

Secretary of State Mike Pompeo said China should have been more transparent about the laboratory.

“We’re doing a full investigation of everything we can to learn how it is the case that this virus got away, got out into the world and now has created so much tragedy — so much death,” Pompeo told Fox News.

Xi called attempts to politicize the pandemic “detrimental to international cooperation” and Putin denounced “attempts by some people to smear China,” according to China’s state-run Xinhua news agency.

Chinese foreign ministry spokesman Zhao Lijian — who previously outraged the United States by spreading an unfounded theory that US troops introduced the coronavirus in Wuhan — quoted the World Health Organization as saying there was no evidence the virus was produced in a lab.

“Many well-known medical experts in the world also believe that the so-called laboratory leak hypothesis has no scientific basis,” Zhao said.

Trump has also gone on the attack against the WHO, saying he will cut US funding for the UN body because it did not press China harder on initial statements that the virus could not be spread among people.

That Trump offensive has drawn little international support. German Chancellor Angela Merkel, whose aggressive response is credited with limiting deaths in Europe’s largest economy, voiced “full support” for the WHO in the Group of Seven talks.

Merkel “emphasized that the pandemic can only be defeated with a strong and coordinated international response,” said her spokesman, Steffen Seibert.

The WHO has been in the forefront of international efforts to fight the virus and is seen as especially vital for developing nations with creaky health systems.

In an assessment Thursday for Europe, the WHO said positive signs in Spain, Italy, Germany, France and Switzerland were overshadowed by sustained or increased levels of infections in other countries such as Britain, Turkey, Ukraine and Russia.

“We remain in the eye of the storm,” said Hans Kluge, the WHO’s regional director for Europe.

“It is imperative that we do not let down our guard.”

Britain, whose daily death toll spiked to 861 on Thursday, will extend its lockdown for “at least the next few weeks,” Raab said.

Trump has voiced growing impatience to reopen the United States. He faces re-election in November and had hoped to campaign on a booming economy.

But Governor Andrew Cuomo of New York, the US epicenter of the virus, said he was extending the shutdown until May 15 despite signs of progress.

“I would like to see that infection rate get down even more,” Cuomo said, reporting that 606 people had died in the last day, the lowest number in 10 days.

Japanese Prime Minister Shinzo Abe expanded his state of emergency until May 6, allowing local leaders to urge people to stay at home but with no legal force.

Japan has seen a relatively small outbreak, with 136 deaths, and Abe is also worried about the impact on the world’s third-largest economy which was already on the brink of recession.

After weeks on strict lockdowns, hard-hit Spain and Italy have begun to ease restrictions.

In Venice, residents in mandatory face masks enjoyed quiet streets and canals that once thronged with selfie-stick wielding tourists.

“I bought many books,” Venetian Catrina said after visiting one of the city’s bookshops, which were allowed to reopen this week.

“I needed them. Like an addict — for something of substance.”

Switzerland announced that some shops and services — including beauty salons — will be allowed to resume business from April 27.

Germany also announced steps to reopen some shops and gradually restart schools, Denmark began reopening schools for younger children after a month-long closure and Finland lifted a blockade of Helsinki.

But Russia postponed its May 9 celebrations for the 75th anniversary of the Soviet victory in World War II, an extravaganza to which Putin has hoped to draw leaders including Trump.

United Nations chief Antonio Guterres said only a “safe and effective vaccine” can return the world to normal and hoped it would be available by year-end.

He also issued an appeal to protect the world’s youngest, warning that a staggering 310 million children relied on schools — many now closed — for daily nutrition.

“With the global recession gathering pace, there could be hundreds of thousands of additional child deaths in 2020,” Guterres warned.