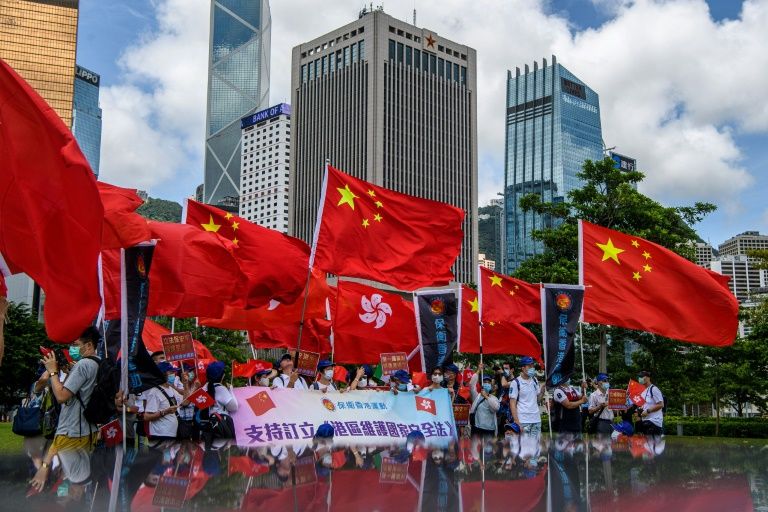 China passed a sweeping national security law for Hong Kong on Tuesday, a historic move that critics and many western governments fear will smother the finance hub’s freedoms and hollow out its autonomy.

The legislation was unanimously approved by China’s rubber-stamp parliament, little more than six weeks after it was first unveiled.

“It marks the end of Hong Kong that the world knew before,” prominent democracy campaigner Joshua Wong tweeted as his political party Demosisto announced it was disbanding.

“With sweeping powers and ill-defined law, the city will turn into a #secretpolicestate.”

The United States, Britain, the European Union and the United Nations rights watchdog have all voiced fears the law could be used to stifle criticism of Beijing, which wields similar laws on the authoritarian mainland to crush dissent.

The law bypassed Hong Kong’s fractious legislature and the wording was kept secret from the city’s 7.5 million inhabitants.

There was no formal announcement from Beijing on the passage of the law. Instead the news filtered out via pro-Beijing politicians and local media outlets in Hong Kong.

At her weekly press conference Tuesday morning, Hong Kong leader Carrie Lam — a pro-Beijing appointee — declined to comment on whether the law had been passed or what it contained.

“The fact that Hong Kong people will only come to know what’s really in this new law after the fact is more than preposterous,” Claudia Mo, an opposition lawmaker, told AFP.

As part of the 1997 handover from Britain, Hong Kong was guaranteed certain freedoms — as well as judicial and legislative autonomy — for 50 years in a deal known as “One Country, Two Systems”.

The formula formed the bedrock of the city’s transformation into a world class business hub, bolstered by a reliable judiciary and political freedoms unseen on the mainland.

Critics have long accused Beijing of chipping away at that status, but they describe the security law as the most brazen move yet.

A summary of the law published by the official state agency Xinhua this month said the legislation would cover subversion, secession, terrorism and colluding with foreign forces.

China’s security agencies will be able to set up shop publicly in the city for the first time.

And Beijing will have jurisdiction over some cases, toppling the legal firewall that has existed between Hong Kong and the mainland’s party-controlled courts.

Analysts said that even without details the security law radically restructures the relationship between Beijing and Hong Kong.

On the mainland, national security laws are routinely used to jail critics, especially for the vague offence of “subversion”.

They have said the laws will only target a minority of people, will not harm political freedoms in the city and will restore business confidence after a year of historic pro-democracy protests.

Millions took to the streets last year while a smaller hardcore of protesters frequently battled police in often violent confrontations that saw more than 9,000 arrested.

Some western nations warned of potential repercussions ahead of the security law’s passing.

However many are wary of incurring Beijing’s wrath and losing lucrative access to the mainland’s huge economy.

Taiwan, which has said it is willing to help Hong Kongers relocate to the island, was one of the first governments to react.

“The government condemns this move that seriously affects freedom, human rights and stable development in Hong Kong society,” the cabinet said in a statement.

Washington — which has embarked on a trade war with China — has said the security law means Hong Kong no longer enjoys sufficient autonomy from the mainland to justify special status.

In a largely symbolic move, the United States on Monday ended sensitive defence exports to Hong Kong over the law.

Britain had said it was willing to provide a “pathway to citizenship” for millions of Hong Kongers if the security law went ahead.