The Times of Earth, International Edition
0
798 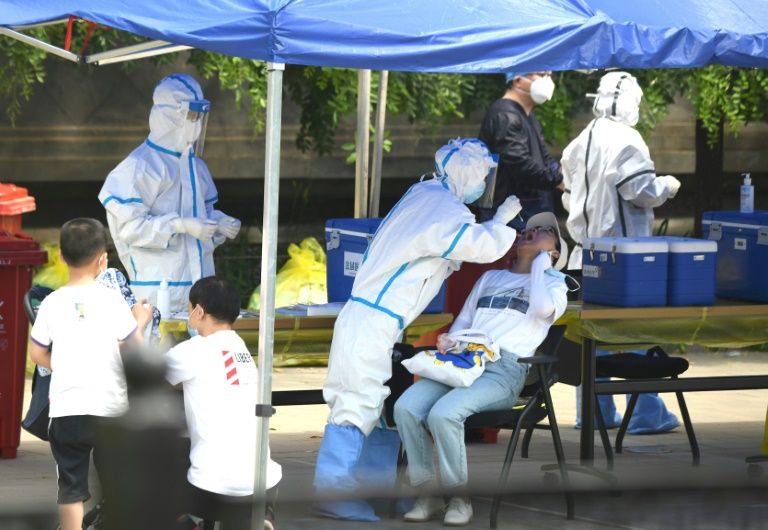 China has launched a nationwide campaign to inspect food imports after a new coronavirus outbreak emerged at a wholesale market in Beijing, with experts suggesting it shares similarities to European strains.

Authorities have been testing hundreds of thousands of people for the contagion while neighbourhoods have been locked down and schools closed to prevent a second wave of the epidemic that China had largely brought under control.

Another 25 cases were confirmed in Beijing on Friday, taking the total number of infections since last week to 183.

Chinese authorities shared the genome data of the latest outbreak with the World Health Organization and international scientific community on Thursday.

Initial findings suggest it “came from Europe”, but differs from what is currently spreading there, said Zhang Yong of the Chinese Center for Disease Control and Prevention.

“It is older than the virus currently circulating in Europe,” Zhang said in a report published by the Communist Party’s anti-corruption watchdog on Friday.

Zhang raised the possibility of the virus lurking in imported frozen food or in the wholesale market itself, resulting in similarities to older strains.

The virus was detected on chopping boards used to handle imported salmon at the market, and Beijing officials on Friday advised citizens to dispose of frozen seafood and bean products bought from Xinfadi.

Xinfadi supplies more than 70 percent of Beijing’s fresh produce and has been temporarily closed due to the cluster.

The virus is believed to have first appeared at a market that sold live animals in the central city of Wuhan.

Song Yueqian, an official at the General Administration of Customs, said the agency had launched a nationwide drive to inspect all fresh products kept in cold temperatures coming “high-risk countries”.

The products include seafood, meat and frozen vegetables, Song said at a press conference.

On Thursday, he said authorities had inspected 15,638 samples — all of which tested negative.

China also suspended imports of products from German meat company Toennies after an employee tested positive for the virus there, though Song said they “have not discovered any evidence of infection through eating food” so far.

“There is no evidence to prove other ways of transmission [besides aerosols, respiratory droplets or close contact],” Feng said.

But Feng advised consumers to avoid touching raw fish or meat and be aware of hygiene when preparing food.

Scientists cautioned against making early conclusions on the Beijing cluster.

“It is possible that the virus now causing an outbreak in Beijing had travelled from Wuhan to Europe and now back to China,” said Ben Cowling, a professor at the University of Hong Kong’s School of Public Health.

But he told AFP that the first case had not yet been identified and it may be too late to find out how this outbreak started.

Francois Balloux of University College London wrote on Twitter that — based on the data shared — there had been local transmission for some time before the outbreak was identified.

“Their position in the tree does not allow to confidently assign a geographic origin to the lineage. They could have originated from essentially anywhere,” he wrote.

The city also suspended several bus routes between Beijing and surrounding Hebei province from Friday, on fears of the new outbreak spreading beyond the capital.

The resurgence came after China had largely brought the virus under control and eased restrictions on movement inside the country.

There are now 293 people ill with COVID-19 in China, the highest number since early May.

Until recently, most new cases had been imported by nationals returning from abroad.

UK’s queen, Prince William and Kate back businesses after lockdown