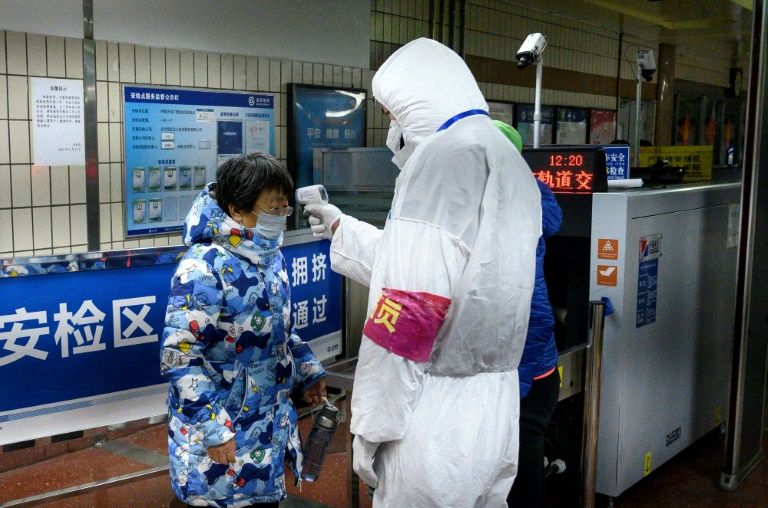 China on Tuesday urged its citizens to postpone travel abroad as it expanded unprecedented efforts to contain a viral outbreak that has killed 106 people and left other governments racing to pull their nationals from the contagion’s epicentre.

The epidemic, which experts believe emanated from a wild animal market in the city of Wuhan last month, has spread around China and to more than a dozen other countries despite the extraordinary travel curbs.

Authorities initially sealed off Wuhan and other cities in central Hubei province late last week, trapping more than 50 million people, in a bid to contain the virus as the high-travel Lunar New Year holiday unfolded.

China then halted international and domestic group tours. It also imposed a wide range of travel restrictions inside China, including on long-distance buses.-

But, with the death toll climbing and more fatalities reported in Chinese cities far away from Wuhan, authorities on Tuesday called for all overseas travel to be postponed.

This was “to protect the health and safety of Chinese and foreign people,” the National Immigration Administration said.

Deaths have been confirmed in Beijing and Shanghai.

Another 7,000 more cases are suspected and awaiting confirmation.

Many thousands of foreigners have been trapped inside Wuhai, an industrial hub of 11 million people that has been turned into a near ghost-town under the lockdown.

With a ban on car travel to try and stop people infecting others, the streets of Wuhan are mostly deserted although its hospitals are overwhelmed.

“The virus is scary, but the biggest fear for me is that this thing will go on for months, and it will get harder and harder to get supplies, and to live.”

A range of foreign governments have been trying to draw up plans to safely evacuate their citizens, but have faced major logistical and bureaucratic challenges.

Japan announced it would send a chartered flight on Tuesday evening to evacuate about 200 of 650 Japanese nationals.

“We will also bring with it aid supplies such as masks and protective suits for Chinese people as well as for Japanese nationals,” Foreign Minister Toshimitsu Motegi said in Tokyo.

Motegi said the plane would leave Wuhan on Wednesday morning and that more flights may follow.

If the mission succeeds, Japan would be the first country to airlift its citizens out of Wuhan.

A US-chartered flight bound for California had been scheduled to leave Wuhan on Tuesday with consular staff and some American citizens.

But the State Department said it was postponed to Wednesday, without giving a reason.

France has said it also intends to fly its citizens out at mid-week, and several other countries including Germany were considering doing so.

To minimise close contact between people, authorities have suspended more than 2,000 train services as well as shut down many bus services.

China has also extended the Lunar New Year holiday into next week to keep people at home, indefinitely postponing classes at schools and universities.

Yet the virus has showed little sign of slowing down.

Germany, Canada and Sri Lanka announced their first infections on Monday, bringing the total number of countries with confirmed cases to 15.

With global concern mounting, governments around the world have started to try and quickly build defences.

The United States, Turkey and Germany have urged their citizens to “reconsider” all travel to China.

Landlocked Mongolia — which is heavily dependent on trade with China — took the drastic step of closing the border with its huge neighbour to cars, as well as shutting down school and large gatherings.

The World Health Organization last week stopped short of declaring the outbreak a global emergency, which could have prompted a more aggressive international response such as travel restrictions.

But it now says it erred in originally calling the virus’ worldwide threat “moderate”, upgrading that late Sunday to “high.”

WHO chief Tedros Adhanom Ghebreyesus is now in Beijing for talks with Chinese officials on the crisis.