The Times of Earth, International Edition
0
886 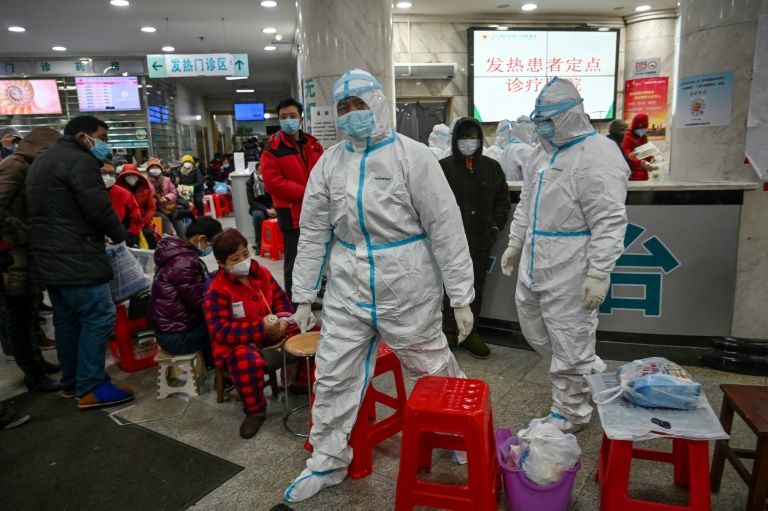 The two most senior health officials at the epicentre of China’s deadly virus outbreak have been sacked, state media said Tuesday, as pressure mounts over the way local authorities have handled the epidemic.

Zhang Jin, the Communist Party boss of the provincial health commission in Hubei, and its director Liu Yingzi have been removed from their positions, reported state broadcaster CCTV, after a decision by the province’s party committee Monday.

The area has found itself at the centre of a coronavirus outbreak that has killed more than 1,000 people and infected over 42,000 across China since December.

Local officials have faced mounting pressure for perceived incompetence — particularly after the death of a Chinese doctor in the provincial capital Wuhan who was punished for raising the alarm about the new virus.-

In another sign of personnel changes at ground zero of the outbreak, senior Beijing official Chen Yixin has been sent to Wuhan to guide epidemic control work.

Chen — a former deputy party chief of Hubei — has been appointed deputy head of a central government group dispatched to the province, according to a report from the Central Political and Legal Affairs Commission on its WeChat account.

Analysts have said local authorities played down the extent of the outbreak in early January because they were holding political meetings at the time and wanted to project an image of stability.

Hubei remains on virtual lockdown to curb the spread of the virus.

Wuhan authorities also faced criticism in January for going ahead with an annual public banquet for 40,000 families just days before the city was placed on lockdown.

Other manpower changes have been taking place in the province, including the removal of a top Red Cross official in Wuhan for dereliction of duty.

The British government called the novel coronavirus a “serious and imminent threat”, and said anyone with the disease can now be forcibly quarantined if they are deemed a threat to public health as the number of cases in Britain doubled to eight.

A cluster of cases has grown on a cruise ship moored off Japan, with 135 people now diagnosed with the virus aboard the Diamond Princess.

The ship has been in quarantine since arriving off the Japanese coast early last week after the virus was detected in a former passenger who disembarked last month in Hong Kong.

The WHO’s advance team, which arrived in China on Monday, is headed by Bruce Aylward, who oversaw the organization’s 2014-2016 response to the Ebola epidemic in West Africa.

Ryan said the team, which will lay the groundwork for a larger international mission, will seek to better understand “issues around the origin and source of the virus, issues around the severity of the disease”.