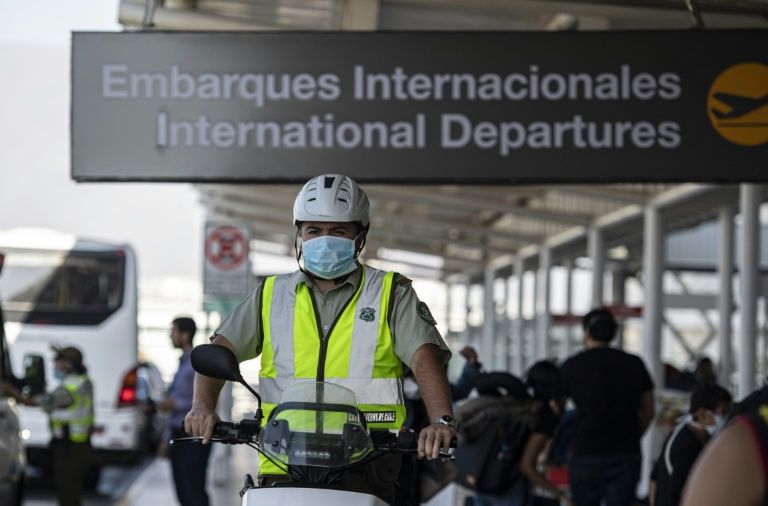 Chile declared a “state of catastrophe” and delayed a constitutional referendum while several countries announced nighttime curfews as Latin America expanded its coronavirus lockdown on Wednesday.

The Chilean measures were set to last for 90 days and would help protect the country’s hospitals and medical personnel, said President Sebastian Pinera.

“The armed forces will be able to act as true health forces, collaborating with all the officials in our health system,” he added of a provision that allowed military members to participate in the relief efforts.

The measure also allows restrictions on freedom of movement.-

In a later TV interview, he said it would be “prudent” to delay a referendum on changing Chile’s dictatorship-era constitution until September.

News that a minister in Brazil had tested positive for the virus came as the Sao Paulo stock exchange was suspended for the sixth time in eight sessions after plummeting more than 10 percent.

National Security Minister Augusto Heleno is the latest official to be diagnosed with COVID-19 following a state visit to the US.

Sixteen people who accompanied Brazilian President Jair Bolsonaro have now tested positive for the virus, although he and his American counterpart Donald Trump tested negative.

Brazil has confirmed 529 coronavirus cases and four deaths — the highest in Latin America, with more than 1,200 cases across the continent.

A 61-year-old Italian tourist became the first person to die of the disease in Cuba, the health ministry said.

Cuba relies on tourism revenue and has bucked the regional trend in keeping its borders open without strict quarantine measures for visitors.

Earlier on Wednesday, Cuba allowed a British cruise ship carrying five infected people and more than 50 others showing flu-like symptoms to dock on the island.

It had been turned away by both the Bahamas and Barbados.

More than 1,000 passengers and crew aboard the vessel were being repatriated to Britain on Wednesday evening.

“We are very grateful to the Cuban government for swiftly enabling this operation,” said British Foreign Minister Dominic Raab.

El Salvador’s status as one of the few remaining countries in the hemisphere without a COVID-19 case came to an end on Wednesday.

President Nayib Bukele said the unidentified patient had been isolated.

Markets elsewhere in the region continued their slide, with Buenos Aires nearly 15 percent down and Colombia announcing an emergency $15 billion economic package.