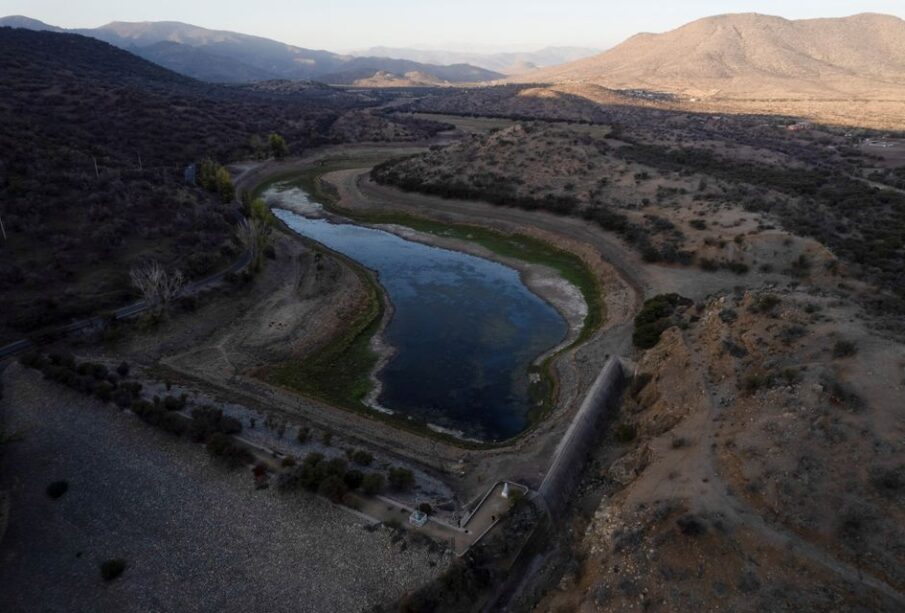 An aerial view shows the Rungue reservoir during a drought in Rungue, north of Santiago, Chile, April 11, 2022. Picture taken with a drone. REUTERS/Pablo Sanhueza

As a punishing, record-breaking drought enters its 13th year, Chile on Monday announced an unprecedented plan to ration water for the capital of Santiago, a city of nearly 6 million.

“A city can’t live without water,” Claudio Orrego, the governor of the Santiago metropolitan region, said in a press conference. “And we’re in an unprecedented situation in Santiago’s 491-year history where we have to prepare for there to not be enough water for everyone who lives here.”

The plan features a four-tier alert system that goes from green to red and starts with public service announcements, moves onto restricting water pressure and ends with rotating water cuts of up to 24 hours for about 1.7 million customers.

The alert system is based off the capacity of the Maipo and Mapocho rivers that supply the capital with most of its water and have seen dwindling water levels as the drought drags on.

The government estimates that the country’s water availability has dropped 10% to 37% over the last 30 years and could drop another 50% in northern and central Chile by 2060.

The water deficit in the rivers, measured in liters per second, will determine if cuts will take place every 12, six or four days. In each case, a different area would face water cuts each day.

“This is the first time in history that Santiago has a water rationing plan due to the severity of climate change,” Orrego said. “It’s important for citizens to understand that climate change is here to stay. It’s not just global, it’s local.”

Certain areas in the city center would be exempt due to the high concentration of capitals. Areas fed by well water or other sources besides the two rivers will also be exempt.