The Times of Earth, International Edition
0
406 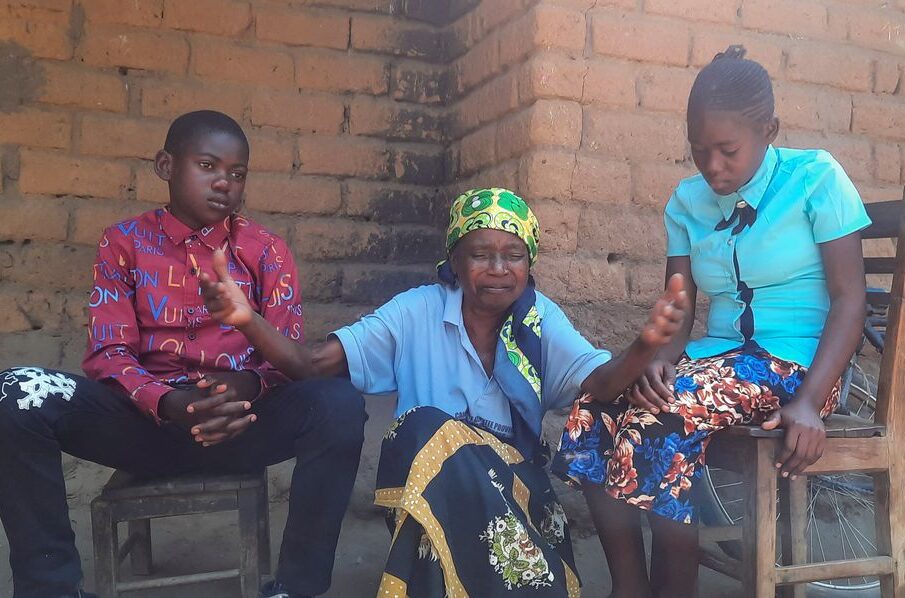 Jason and Esther, who had been separated from their family during a long-standing conflict in south-eastern Congo, sit with their grandmother after the International Committee of the Red Cross (ICRC) reunited them in Manono, Democratic Republic of Congo, July 6, 2022. REUTERS/Benoit Nyemba

Jason Kandeke and his sister Esther got out of the van and rushed into the arms of their weeping uncle and grandmother – the children’s first contact with their family since Congolese fighters killed their parents six years ago.

Militias raided their village of Mingele in southeastern Democratic Republic of Congo – a region where militia groups have clashed for years, fighting over land and resources.

Jason, now 12, and Esther, 14, both fled to another village where they were taken in. Earlier this year their carers were also killed in another attack.

A friend passed their details onto the Red Cross, who managed to locate their uncle, Jean Ilunga Kandeke, hundreds of kilometres away in the town of Manono.

This week, they got on a plane with scores of other children and flew to their new home. Neighbours clustered round as they came to their new front door.

“I’m really happy to be home with my proper family. It was hard to lose my parents and now I’m really happy with my uncle. I want to go to school, study, be a normal kid,” Jason said.

The International Committee of the Red Cross (ICRC) said it organised 11 flights between July 6-8 across the provinces of Tanganyika, Upper Katanga, North Kivu, East Kasai and Kinshasa.

In total 83 children, aged 5 to 19, were reunited with their relatives this week, some after years apart.

“This work takes considerable time, but it is absolutely essential and invaluable, allowing us to provide answers to people living in anguish,” Florence Anselmo, head of the ICRC’s Central Tracing Agency, said.

The number of children separated from their families continues to grow, particularly in North Kivu province where the M23 rebel group launched a renewed offensive in recent months, the ICRC said.