The Times of Earth, International Edition
0
360 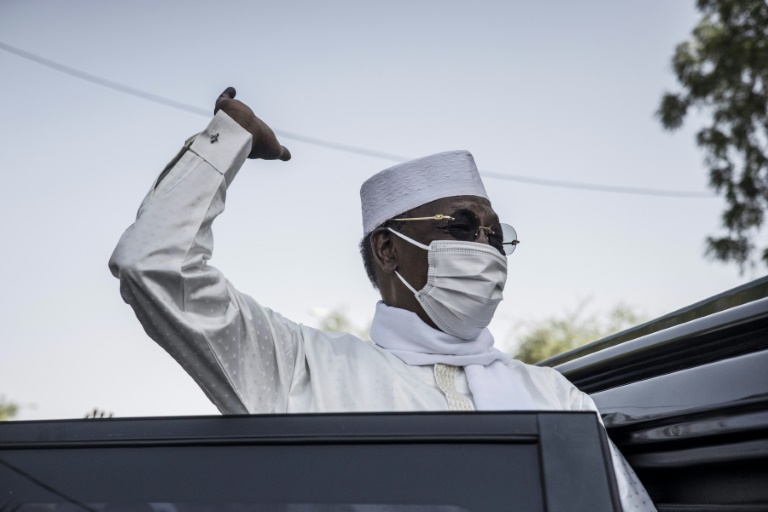 The shock news came only the day after the 68-year-old career military man was proclaimed the winner of a presidential election that had given him a sixth term in office.

The army also announced a curfew and border closures after the death, as well as the dissolution of government and the parliament

Deby had ruled Chad with an iron fist since taking power on the back of a coup in 1990 but was a key ally in the West’s anti-jihadist campaign in the troubled Sahel region.

The army said Deby had been commanding his forces at the weekend as they battled rebels who had launched a major incursion into the north of the country on election day, April 11.

Deby “has just breathed his last breath defending the sovereign nation on the battlefield,” army spokesman General Azem Bermandoa Agouna said in a statement read out on state television.

The army said a military council led by the late president’s 37-year-old son Mahamat Idriss Deby Itno, a four-star general, would replace him.

The council has already met to draw up a transitional charter, Agouna said, without elaborating.

Deby’s son oversaw his father’s security as head of the elite presidential guard and often appeared alongside him, wearing dark glasses and military fatigues.

On Monday, the army had claimed a “great victory” in its battle against the rebels from neighbouring Libya, the Front for Change and Concord in Chad (FACT).

FACT, which waged its attacks in the provinces of Tibesti and Kanem, had claimed in a statement that Deby had been wounded — a report that could not be confirmed.

Ministers and high-ranking military brass had said Monday that Deby was in the region on Saturday and Sunday after the rebel offensive.

Deby was among the world’s longest-serving leaders.

Provisional results on Monday showed him winning re-election with almost 80 percent of the vote against nine challengers.

His victory had never been in doubt, with a divided opposition, boycott calls, and a campaign in which demonstrations were banned or dispersed.

Deby was a herder’s son from the Zaghawa ethnic group who took the classic path to power through the army, and relished the military culture.

He had campaigned for the latest election on a promise of bringing peace and security to the troubled region, but his pledges were undermined by the rebel incursion.

The government had sought Monday to assure concerned residents that the offensive was over.

Panic had been triggered in some areas of the capital N’Djamena on Monday after tanks were seen out on the city’s main roads, an AFP journalist reported.

The tanks were later withdrawn apart from a perimeter around the president’s office, which is under heavy security during normal times.

“The establishment of a security deployment in certain areas of the capital seems to have been misunderstood,” government spokesman Cherif Mahamat Zene had said on Twitter.

“There is no particular threat to fear.”

However, the US embassy in N’Djamena had on Saturday ordered non-essential personnel to leave the country, warning of possible violence in N’Djamena.

Britain also urged its nationals to leave, although France said in an advisory that there was no specific threat to the capital.

FACT, a group mainly made up of the Saharan Goran people, said Sunday that it had “liberated” the Kanem region. Such claims in remote desert combat zones are difficult to verify.

The group has a non-aggression pact with Khalifa Haftar, a military strongman who controls much of Libya’s east.

The Tibesti mountains near the Libyan frontier frequently see fighting between rebels and the army, as well as in the northeast bordering Sudan.

French air strikes were needed to stop an incursion there in February 2019.

In February 2008, a rebel assault reached the gates of the presidential palace before being pushed back with French backing.