The Times of Earth, International Edition
0
544 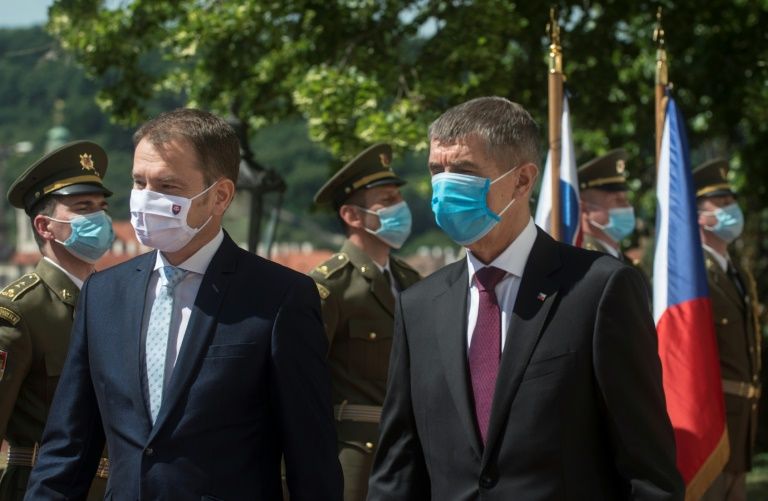 Masks and gloves will be the order of the day when the prime ministers of four ex-communist countries on Thursday hold the first major face-to-face meeting of European leaders since the coronavirus crisis.

It is believed to be the first time more than two European leaders will have met in person following the lockdowns.

The prime ministers of the so-called Visegrad-four (V4) countries are seeking a joint stance on the massive fund ahead of a European Council summit on June 19, to be held via video conference.

Czech Prime Minister Andrej Babis, whose country holds the rotating V4 presidency, has voiced reservations over the plan, arguing that it favours members prone to racking up excessive debt like Italy or Spain.

“The recovery fund criteria are tailor-made for countries which have not been as responsible in terms of debt, budget discipline or unemployment,” Babis told reporters after talks with his more conciliatory Slovak counterpart Igor Matovic in Prague last week.

With the exception of Poland, which has recently seen a spike in COVID-19 cases, the V4 countries did well in the battle against the virus with timely restrictions.

But Czech government spokeswoman Jana Adamcova told AFP the leaders will still have to observe the health rules.

“They will have to wear masks and observe the usual measures, just like everybody else,” she said.

“And they will have to keep the distance during the press conference.”

“I suppose they’ll wear gloves for the handshakes,” she added.

Journalists covering the event will also have to wear face masks. They will be served disinfectant alongside snacks.

– No to migrant quotas –

Other issues include the European Union budget for 2021-2027, the opening of borders and tourism, as well as migration.

Last week, the V4 interior ministers and their counterparts from the Baltics and Slovenia sent a joint letter to Brussels rejecting mandatory quotas for the distribution of migrants.

“We clearly said we are offering any kind of help in protecting the EU’s outer borders, but we fundamentally reject mandatory relocations,” Czech Interior Minister Jan Hamacek stressed.

He added Austria and Denmark had also joined the initiative, sending separate letters to Brussels as the EU commissioner for home affairs, Ylva Johansson, works on a new asylum and migration policy for the bloc.

“I’m glad that after the experience with the previous debate on quotas, we have put together a strong coalition of countries rejecting them,” Hamacek added.