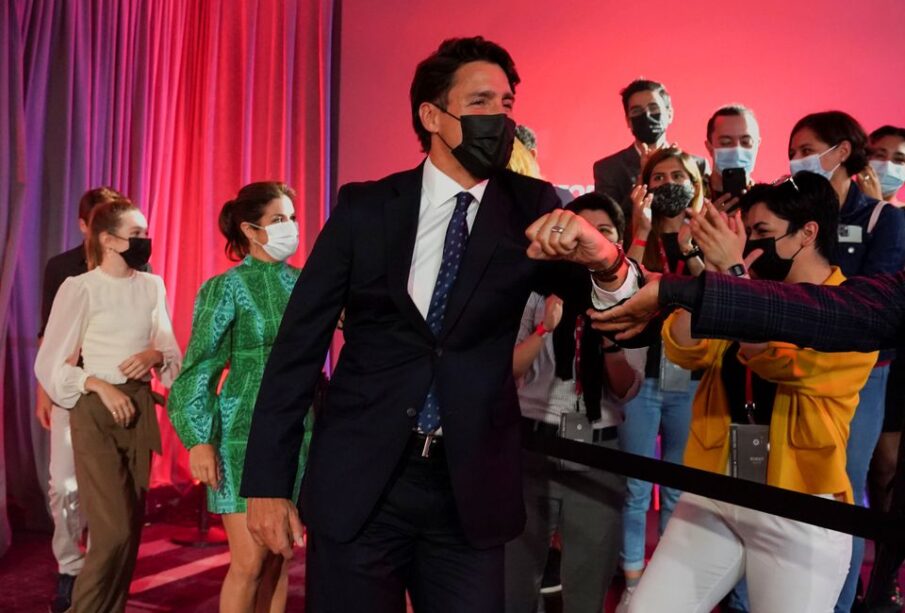 Canadian Prime Minister Justin Trudeau on Tuesday acknowledged he will need to work with other parties after he fell short of winning a majority in parliamentary elections, leaving him once more dependent on opposition legislators to govern.

Trudeau, 49, was re-elected to a third term on Monday after calling a vote two years early, hoping for approval of his free-spending response to the COVID-19 pandemic. Since 2019 he had been working with a minority, forced to make deals with other parties to push through legislation.

But provisional results showed virtually no change from the 2019 election, delivering up another minority and begging the question of why Trudeau had called a vote that the official opposition Conservative Party portrayed as a cynical power grab.

Trudeau, in power since 2015, said he had a clear mandate to continue the path to recovery while conceding Canadians did not want to be thinking about politics or elections.

“You just want to know that your members of parliament of all stripes will have your back through this crisis and beyond,” he told supporters in Montreal. “You have given this Parliament and this government clear directions.”

The result suggests there will be little change in approach from the Liberals, who racked up record levels of debt and massive budget deficits fighting COVID-19.

Trudeau, who promised tens of billions of dollars in new investments https://www.reuters.com/world/americas/canadas-ruling-liberals-pledge-billions-new-investments-election-nears-2021-09-01 during the campaign, will once again rely on the support of the smaller left-leaning New Democrats, who want even more social spending.

“We’re getting more of the same as what we had before. I don’t think markets are going to react either way,” said Martin Pelletier, senior portfolio manager at Trivest Wealth Counsel.

Provisional results showed the Liberals ahead in 155 constituencies, short of the 170 Trudeau needed to control the 338-seat House of Commons. The Conservatives were on 122 with the New Democrats on 26.

“The message Canadians are sending loud and clear is they like the direction the government is taking the country in but they’re not quite sure they want to give anybody carte blanche,” former close Trudeau advisor Gerry Butts told the Canadian Broadcasting Corp.

Around 800,000 mail-in ballots will be counted on Tuesday, which could affect the final tally in some seats.

The result is a blow to the right-leaning Conservatives, whose leader Erin O’Toole had tried to take a more centrist approach T to attract progressive voters.

For the second election in a row the party won a larger share of the popular vote than the Liberals, who nevertheless triumphed with their lock on major urban centers.

O’Toole, who said he was sure Trudeau plans to call another election within two years, said he had called the Liberal leader and challenged him to put the unity of Canada first.

“I told him if he thinks he can threaten Canadians with another election in 18 months, the Conservative Party will be ready,” he told supporters in his home town of Oshawa, east of Toronto.