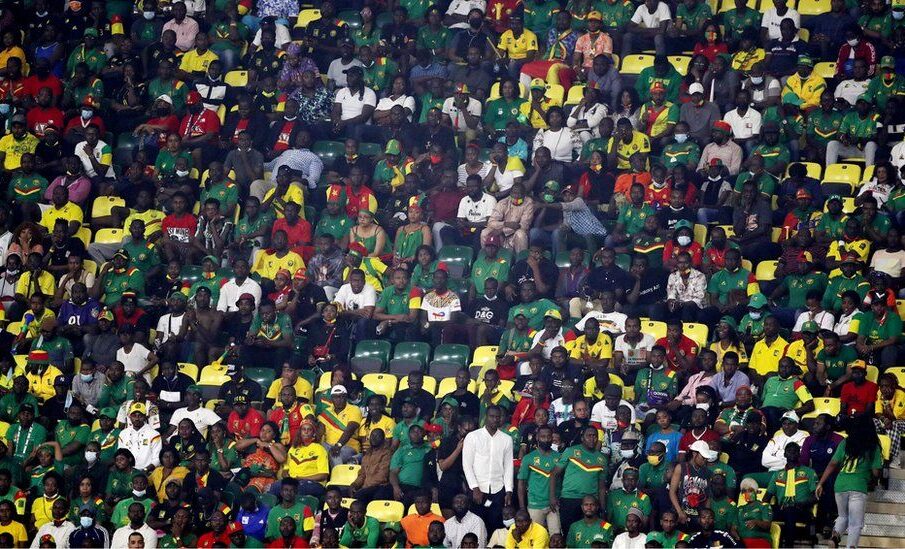 Covid restrictions meant not all of those who wanted to attend were able to enter the stadium. REUTERS

At least eight fans died and 38 people were injured in a stampede at the Yaounde Olembe Stadium in Cameroon on Monday before the host nation’s round of 16 game in the Africa Cup of Nations against Comoros, the government said in a statement.

Images shared on social media, which Reuters could not immediately authenticate, showed screaming fans being crushed at an entrance gate.

The Confederation of African Football (CAF), the continent’s soccer government body, said in a statement that it was investigating.

“CAF is currently investigating the situation and trying to get more details on what transpired. We are in constant communication with Cameroon government and the Local Organising Committee,” it said.

Following a low turnout in the first round games at brand new stadiums built for the continent’s premier men’s soccer tournament, Cameroon authorities have thrown open stadium gates, organised mass transport and given out free tickets to lure fans.

Cameroon beat 10-man Comoros Islands 2-1 to advance to the quarter-finals.