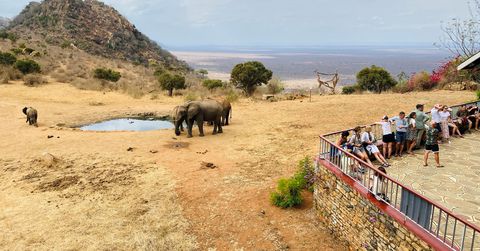 Cameroon’s government said on Tuesday that a group of soldiers killed nine villagers, including an 18-month-old girl, in a “manifestly disproportionate” and “hasty” response to a confrontation in the Northwest region last week.

The four soldiers were searching for a missing comrade in the village of Missong when they came across a group of angry villagers at night, the Defence Ministry said in a statement.Advertisement · Scroll to continue

“In an inappropriate reaction, unsuited to the circumstances and manifestly disproportionate to the hostile villagers’ refusal to cooperate … the soldiers, in a hasty reaction of self-protection … used their weapons,” the statement said.

The victims were four men, four women and the infant, it said. A one-year-old child was lightly injured and taken to hospital.

The statement was an unusual admission of blame by the army, which civilians and rights groups have accused of numerous killings and abuses during an ongoing separatist conflict.Advertisement · Scroll to continue

Cameroon’s Northwest Region is one of two English-speaking regions where secessionist fighters protesting about perceived marginalisation by the French-speaking majority have been battling government troops since 2017.

Last year a mob lynched a military police officer after he killed a five-year-old girl when he fired on a car at a checkpoint. A month later, a policeman killed an eight-year-old girl in similar circumstances. read moreAdvertisement · Scroll to continue

The conflict has killed more than 3,000 people and displaced nearly 1 million since it started.

The ministry said the four soldiers have been arrested and an investigation opened, and offered its condolences to the families of the victims.