Calls grow for Iranians to wear masks to stop virus 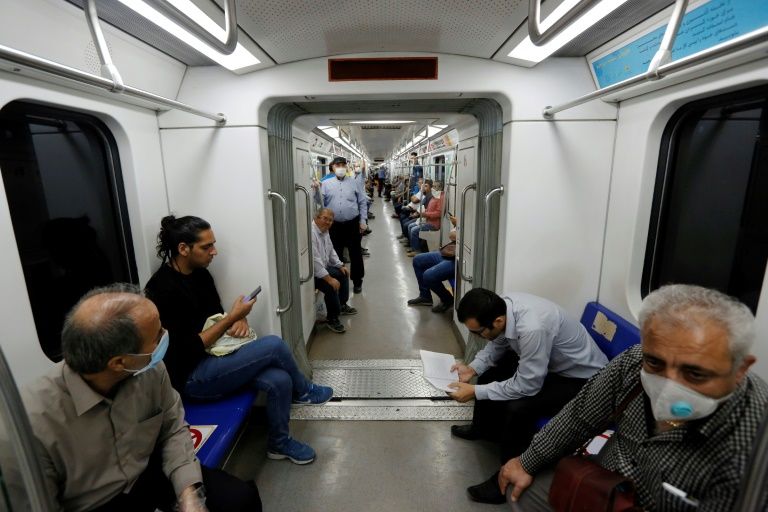 Despite government appeals for Iranians to wear masks on public transport, by no means everyone does so (AFP Photo/STRINGER)

Iran reported 75 deaths and more than 2,000 new cases of novel coronavirus on Friday as calls mounted for all people to wear masks in public.

“The spread of coronavirus in society has reached such a level that the use of masks is necessary for everyone,” said Ghassem Janbabaee, a deputy health minister.

“Continuing to neglect health protocols can lead to further outbreaks and recurrences in the near future,” he said, quoted late Thursday on the ministry’s website.

Officials have repeatedly urged Iranians to wear masks on public transport, including on Tehran’s underground train network where a large number of commuters still opt to travel without them.

Semi-official news agency ISNA on Friday published a series of pictures showing people in public without masks in the hard-hit southwestern province of Khuzestan.

There has been scepticism at home and abroad about Iran’s official figures, with concerns the real toll could be much higher.

The government has struggled to contain what quickly became the Middle East’s deadliest coronavirus outbreak.

Since April, however, it has gradually lifted health protocols in order to reopen its sanctions-hit economy.

That has coincided with a fresh surge in cases, which the government denies amounts to a second wave, saying they are due to increased testing.