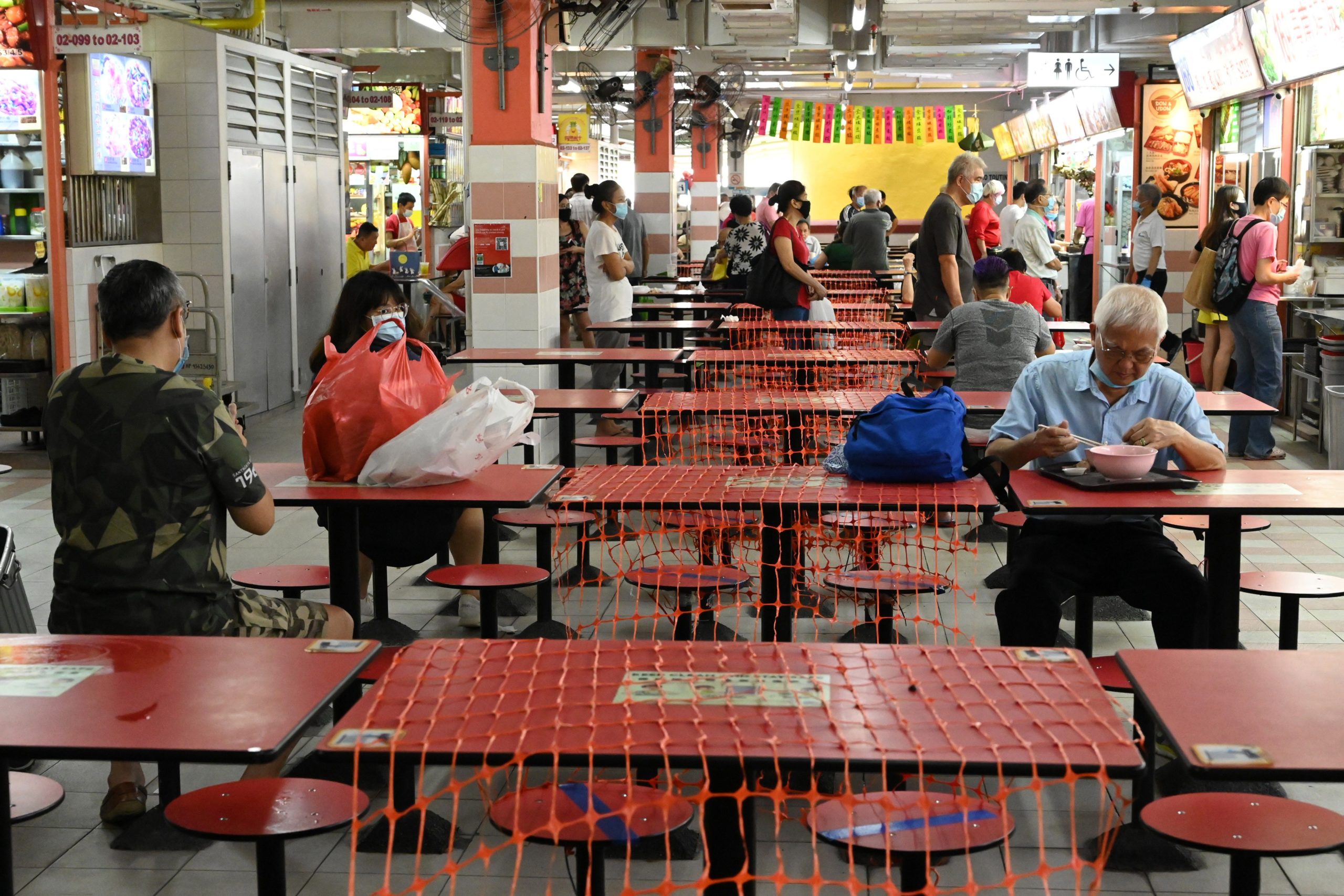 People eat at a hawker centre while observing social distancing in Singapore on June 19, 2020. AFP

Shops and cafes reopened in Singapore on Friday as coronavirus measures were relaxed — but the city-state’s leader warned people “not to go overboard celebrating”.

More than two months after a partial lockdown was imposed, massage parlours and spas also resumed operations while beaches were no longer off limits and sports and other facilities opened again.

“I feel happy because I can come out… a few restrictions still apply but I’m happy, I feel safe,” Mostafa Jamshidian, a computer science researcher, told AFP as he walked through the central business district.

Social gatherings of up to five are allowed under the relaxed rules, but people must wear face masks and stay one metre (3.3 feet) apart.

Authorities have been gradually easing restrictions imposed in early April that shuttered schools and non-essential businesses, as a test-and-trace effort stabilised infection rates.

The city-state’s 5.7 million residents had been told to stay home unless they had good reason to go out.

Singapore has the second-highest number of confirmed infections in Southeast Asia with more than 41,000 cases, mostly among foreign workers living in crowded dormitories. The death toll stands at 26.

In a Facebook post marking the reopening of most businesses, Prime Minister Lee Hsien Loong said: “I am sure all of us have been eagerly looking forward to this day for a long time! But please don’t go overboard celebrating.”

And live music and TV shows are not allowed at reopened businesses as the noise could cause customers to speak more loudly, spreading droplets which could contain the virus.