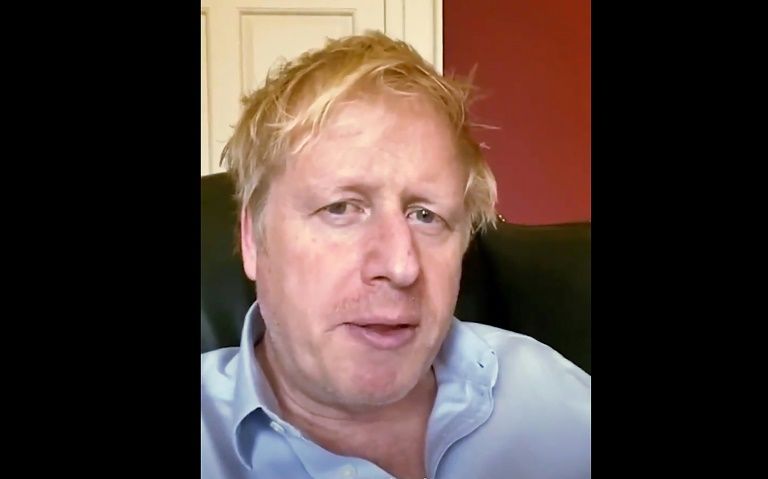 British Prime Minister Boris Johnson was on Monday admitted to intensive care after being hospitalised with coronavirus, with foreign minister Dominic Raab to take over his duties “where necessary”, his Downing Street office said.

“Over the course of this afternoon, the condition of the prime minister has worsened and, on the advice of his medical team, he has been moved to the Intensive Care Unit at the hospital,” said the Downing Street press release.

“The PM has asked Foreign Secretary Dominic Raab… to deputise for him where necessary,” it added.

The prime minister was moved in case he needed to use a ventilator, the government added.-

Johnson was admitted to St Thomas’ Hospital in London on Sunday with a temperature and a cough after testing positive for coronavirus on March 27, becoming the most high-profile world leader infected with the disease that has spread rapidly across the globe.

The 55-year-old had been self-isolating in his Downing Street flat but on Sunday evening was driven to a nearby state-run hospital on the advice of his doctor.

Officials said it was a “precautionary step” but questions had earlier been raised about whether the Conservative leader could still run the country.

The British government was criticised for initially refusing to follow other European countries in requiring people to stay home as the virus spread.

And Johnson himself said in early March that he was still shaking hands with people.

But two weeks ago he ordered a nationwide lockdown and Britain is now in the grip of a serious outbreak.

Health Secretary Matt Hancock and the heir to the throne, Prince Charles, have both been infected with coronavirus, although they have since recovered.

In response to the crisis, Queen Elizabeth II made a rare public address on Sunday night, evoking the spirit of World War II and urging Britons to stay united.

Housing minister Robert Jenrick told BBC television that the prime minister had been working “phenomenally hard” during the crisis, adding that he would be finding it “very frustrating” to be ill.

Johnson is not known to have any underlying health issues, although he has struggled with his weight, but some questioned if he should have taken more time off.

Junior health minister Nadine Dorries, who also had coronavirus but has recovered, added: “Many with #COVID19 are felled by fatigue/temperature and use isolation to sleep and recover.

“Boris has risked his health and worked every day on our behalf to lead the battle against this vile virus.”

Sarah Vine, a newspaper columnist and wife of senior cabinet minister Michael Gove, added: “Boris has worked non-stop throughout his illness — and now we see the result.”

US President Donald Trump said he was “hopeful and sure” Johnson would recover, calling the prime minister “a friend of mine” and a “great leader”.

Johnson’s pregnant partner, Carrie Symonds, moved out of Downing Street after some staff fell ill. But she said on Saturday she had just spent a week in bed with symptoms, although she has not been tested.

Johnson’s spokesman would not confirm a report in The Times newspaper reported that the prime minister had been given oxygen treatment.

“Doctors will be monitoring important vital signs such as oxygen saturations,” said Rupert Beale, group leader at the cell biology of infection laboratory at the Francis Crick Institute.

He said they would also check Johnson’s blood to “see what the immune response to the virus looks like, and to assess liver and kidney function”, and may also perform an electrocardiogram to check the heart.

When Boris Johnson announced he had tested positive for coronavirus, Downing Street said Foreign Secretary Dominic Raab would deputise if the British prime minister was incapacitated.

Few expected him to do so, as Johnson and his office repeatedly maintained the prime minister’s symptoms were mild.

But after Johnson was taken to hospital on Sunday night, and transferred to intensive care just 24 hours later, Raab now looks set to be in charge for the foreseeable future.

Raab was one of the most prominent figures in Britain’s protracted and divisive process to leave the European Union, serving as Brexit minister under former premier Theresa May.-

He quit after just three months in November 2018 in protest at May’s doomed divorce deal with Brussels that he said offered too many concessions.

But when Johnson became Conservative party leader and prime minister after May’s resignation in July last year, Raab was catapulted back into government.

His role as foreign secretary also carries the title first secretary of state, implying seniority over all other ministers except the prime minister and making him his de facto deputy.

The 46-year-old, who has law degrees from both Oxford and Cambridge universities, had ambitions himself for the top job, challenging Johnson for the Tory leadership after May quit.

Often combative, he holds a black belt in karate and is a keen boxer.

Raab’s tilt for the top job marked him out as a threat to former London mayor Johnson due to his even more strident pro-Brexit views.

But he trailed in sixth in the leadership contest after a stuttering campaign that was marked by rows over his past views on militant feminism and preparedness to suspend parliament to force a no-deal Brexit.

His spell in the Brexit ministry also floundered, and was notable for his admission he “hadn’t quite understood” the economic importance of the port in Dover.

As a recognised eurosceptic, Raab became the public face of Brexit but May also put a senior civil servant in charge of leading the negotiations with Brussels.

That left Raab personally and politically frustrated and unable to stop the plan May settled on.

Raab made much of his back-story in his leadership campaign.

His Czech-born Jewish father came to Britain in 1938 as a six-year-old refugee. He died of cancer when Raab was 12 and his mother brought him up in the Church of England.

He competed in karate for 17 years, making the UK squad.

After studies, he became an international lawyer at London legal firm Linklaters before joining the Foreign Office in 2000 as an advisor.

Raab was posted to The Hague in 2003 to head a team focused on bringing justice to war criminals including Slobodan Milosevic, Radovan Karadzic and Charles Taylor.

From 2006 to 2008, he was chief of staff to the Conservatives’ home affairs spokesman David Davis while in opposition.

Raab entered parliament in 2010 in the ultra-safe Conservative seat of Esher and Walton in the stockbroker commuter belt southwest of London.

He was named “Newcomer of the Year” in The Spectator magazine’s Parliamentary Awards.

The same year, May, then interior minister, slapped Raab down for calling feminists “obnoxious bigots”.

He caused major problems for the then-prime minister David Cameron in 2014, with a backbench amendment on curbing the power of judges to block deportations under European rights laws.

Nearly 100 Conservatives supported him, singling him out as an up-and-coming force.

Cameron put Raab on the most junior government rung in the justice ministry in 2015, but he dropped off when May became prime minister in 2016.

Keen to freshen up the government with some younger faces a year later, May made him the junior minister for courts and justice.

She moved him across to become the junior housing minister in January 2018 then bumped him up to the Brexit job six months later.

Raab denied claims by his former diary secretary that he insists on the same lunch every day – reportedly a chicken and bacon sandwich, a smoothie and a mixed fruit pot.

Raab is married to Erika Rey-Raab, a Brazilian marketing executive. They have two young sons, Peter and Joshua.

Germany’s Chancellor Angela Merkel warns on EU’s future as US braces for ...