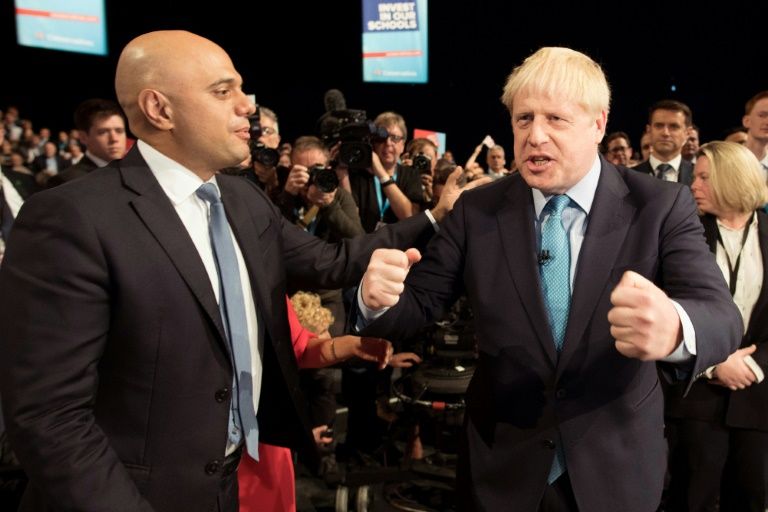 British Finance Minister Sajid Javid resigned on Thursday just weeks before the publication of the government’s annual budget, in a shock move provoked by Prime Minister Boris Johnson’s attempts to shake up his cabinet after Brexit.

The chancellor of the exchequer stood down after Johnson tried to use a reshuffle to remove some of Javid’s aides, a source close to the departing minister said.

He was immediately replaced by his 39-year-old deputy, Rishi Sunak, a former banker and Brexit supporter who is seen as close to Downing Street.

The pound briefly retreated on Javid’s departure but soon recovered as analysts said the new chancellor could open the way for more public spending and growth.-

“The move seems designed to allow the government to push through even bigger increases in public investment and perhaps resuscitate tax cuts that previously looked dead in the water,” he said.

But Javid’s departure also presents a challenge to Johnson’s authority, just as he seemed at his strongest.

After his election victory in December, Johnson fulfilled his pledge to get Britain out of the European Union on January 31 — but the country’s future ties with the bloc remain uncertain.

Johnson began his cabinet reshuffle by sacking his ministers for Northern Ireland, business, environment and housing, as well as his attorney general.

But there have been reports that the former City of London banker, born into a working class Muslim family, had clashed with both the prime minister and his influential adviser, Dominic Cummings.

A source close to Javid later revealed he quit rather than agree to greater control from Downing Street.

“The chancellor said no self-respecting minister would accept those terms.”

John McDonnell, finance spokesman for the main opposition Labour party, said the government was “in crisis”.

“It’s clear Dominic Cummings has won the battle to take absolute control of the Treasury and has installed his stooge as the chancellor,” he tweeted.

Smith helped persuade the two main parties, Sinn Fein and the Democratic Unionist Party (DUP), to work together for the first time since the executive collapsed in January 2017 in a scandal over a renewable energy scheme.

Irish Taoiseach Leo Varadkar led tributes to Smith’s efforts, saying he was “one of Britain’s finest politicians of our time”.

His deputy Simon Coveney, who was also closely involved in the power-sharing talks, said that without Smith’s leadership there would be no government in Belfast.

“You have been such an effective secretary of state for Northern Ireland at a time of real challenge and risk,” he wrote on Twitter.

Arlene Foster, who as DUP leader was restored as first minister of Northern Ireland under the deal, also hailed his “dedication to the role”.

But The Times newspaper said Johnson felt “blindsided” by the deal because it includes an investigation into alleged crimes by British soldiers during decades of sectarian violence known as The Troubles.

After years of political turmoil over Brexit, Johnson wants to focus this year on domestic issues, including investments in police, healthcare and infrastructure.

He used Thursday’s reshuffle to announce Alok Sharma as his new business and energy minister, with a new responsibility for running the UN climate talks in Glasgow in November.

The former president of the so-called COP 26 summit, Claire O’Neill, was sacked last month. She subsequently warned that planning for the summit was “miles off track”.