The Times of Earth, International Edition
0
923 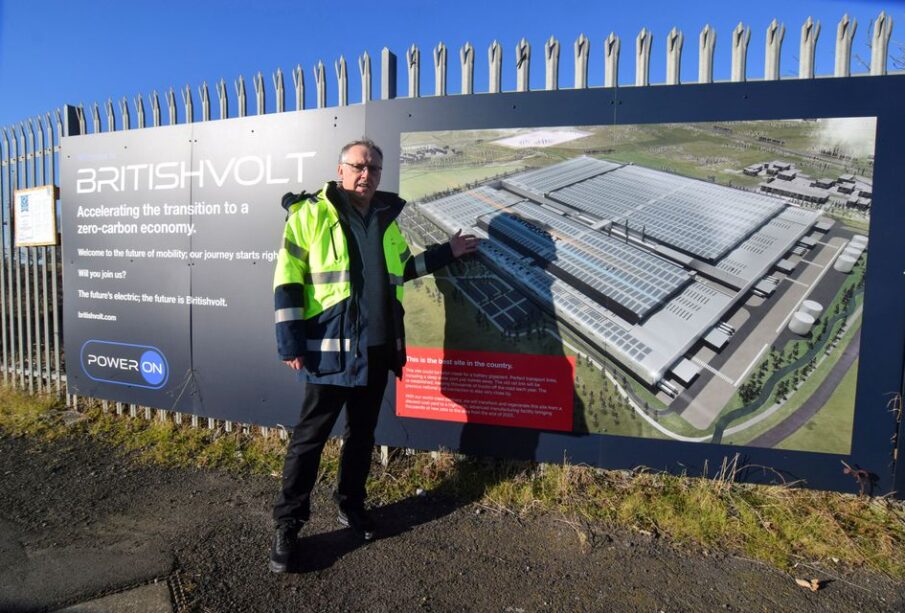 Britain risks falling behind in the race to establish an electric car industry if it can’t build more battery factories – and quickly.

Ambitious plans from automakers to ramp up production of battery-powered electric vehicles (EV) and a looming change in post-Brexit trading rules that will limit options to import cheap Asian batteries mean there is no time to waste.

But a shortage of suitable sites for “gigafactories”, and the decision by some local manufacturers to import EV batteries from mainland Europe, are creating challenges that executives and politicians say the government must do more to address.

Without enough battery plants, some fear automakers could leave, hitting an industry that employs about 170,000 people.

“It’s not just about gigafactories, it’s about the whole infrastructure” of local auto suppliers, said Jim O’Boyle, a councillor in Coventry, central England, which has approved a site for a potential plant, but has yet to find an investor. “If we don’t get it right we could lose the whole bloody lot.”

The government has allocated up to 1 billion pounds ($1.2 billion) to support Britain’s EV battery supply chain.

“We are well on our way to achieving the amount of gigawatt hours needed to host a globally competitive electric vehicle industry … and we are actively working to secure further investments,” said a spokesperson for the UK Department for Business, Energy and Industrial Strategy.

But across the European Union dozens of plants are planned or under construction. The EU has allocated 2.9 billion euros ($3.1 billion) specifically to support battery plants, with individual member states providing additional money.

Researchers Benchmark Mineral Intelligence forecast Britain will need at least 175 GWh of battery capacity by 2035 to supply around 3 million EVs.

It currently expects Britain to reach 56.9 GWh by 2030, against 821.3 GWh for the rest of Europe. Its forecasts show Britain lagging Germany – whose seven planned plants are tipped to have nearly seven times the UK’s capacity by 2031 – as well as France, Hungary, Sweden, Poland and Norway, with each having more production capacity.

To avoid tariffs in their main EU market, UK-built cars must meet “rules of origin” that from 2027 will include a stipulation that 70% of an EV battery pack is either EU- or British-made.

As EV batteries are heavy and expensive to transport, local production is seen as crucial to a thriving car industry.

A wave of new EV models is coming around 2025. Lead times for new vehicles are long and EV battery chemistries vary, so production contracts must be concluded soon.

“In terms of shovel-ready land in the UK, there isn’t an obvious glut of places to go,” said EV pioneer Andy Palmer, currently CEO of EV maker Switch Mobility and chairman of Slovak battery startup InoBat. “If the gigafactories don’t come here, the car companies will go where the gigafactories are.”

Formerly a coal heap for a power station, it had plenty of low-cost land, with a suitable grid connection and a sea port next door for materials. An undersea Norwegian hydroelectric power line emerges from the ground across the road.

As an industry consultant, Rolton previously examined 150 potential UK sites. Only one scored perfectly in his evaluation, nowhere else came close.

Even so, Britishvolt will not start production until 2024 – four years after selecting the site.

Other potential sites, like the one in Coventry with planning permission, will take longer because they need investments in their energy grid or lack available land.

Only Slovak startup InoBat is publicly looking at UK sites, plus others in the western EU. A decision is due this summer.

Aside from Nissan, the only carmaker in Britain big enough to support its own large local battery plant is Jaguar Land Rover, owned by India’s Tata Motors.

“Obviously we’ll need to look at supplies in India as well as the UK,” Tata finance chief P B Balaji told reporters this month. “The source of that is already being discussed.”

Stellantis  will make electric vans in Britain. It will rely on its three announced European battery plants and “additional supply contracts”, a spokesperson said.

BMW   makes batteries in Germany for electric Minis produced in Oxford, southern England. A spokesperson said: “All other questions relate to the year 2030 and beyond.”

Toyota  has not yet committed to making EVs in Britain.

Adrian Hallmark, CEO of Volkswagen’s  UK-based Bentley unit, said a problem for Britain is that it produces a variety of vans, cars, SUVs and luxury models with different battery needs, whereas France, for example, produces similar-sized passenger cars that can support battery plants.

“If you’ve got to build six different types of battery in one gigafactory, it will never be economically viable,” he said.

Exporting batteries to Europe would be challenging because other countries have their own battery plans, he added.

Bentley will get batteries from northern Europe, but if “it was competitive in performance, quality and cost, we would absolutely be open to local sourcing,” Hallmark said.

While luxury automakers can afford to ship batteries from the EU, Switch Mobility’s Palmer said this would be too costly for the average car destined for the EU over the next decade.

“Inevitably the cheaper place to build will be in mainland Europe, particularly as most of our vehicles are destined for mainland Europe,” he said. “So I see it as an existential problem for Britain’s car industry.”

Russians advance toward centre of key town in Ukraine’s Donbas