Britain won’t quarantine travellers from France at this stage 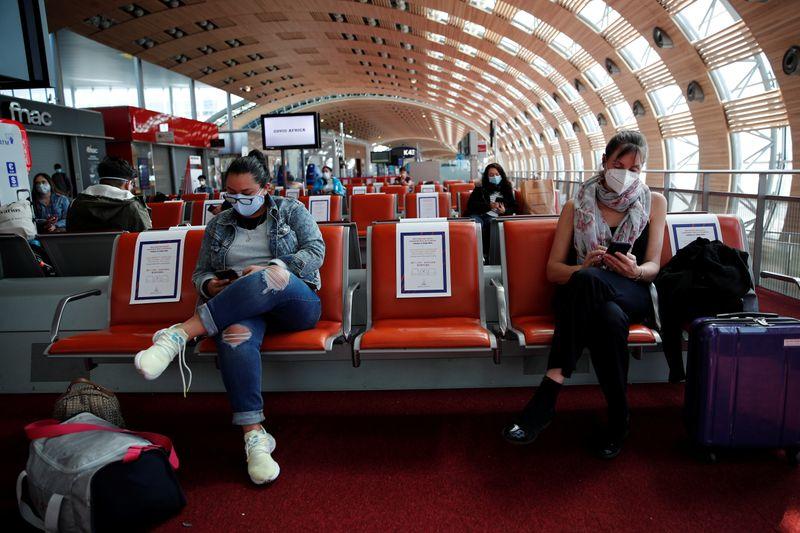 Passengers, wearing protective face masks, wait to board an Air France flight to Mexico City in Terminal 2E at Paris Charles de Gaulle airport in Roissy-en-France during the outbreak of the coronavirus disease (COVID-19) in France. REUTERS

Britain won’t impose quarantine to travellers coming from France at this stage, France and Britain said on Sunday, with the two countries adding that any such measure would be reciprocal and only be imposed after mutual consultation.

British Prime Minister Boris Johnson said in a televised address on Sunday that to prevent re-infection from abroad “it will soon be the time … to impose quarantine on people coming into this country by air”.

“No quarantine measures would apply to travellers coming from France at this stage,” Johnson’s office said, shortly after a similar statement from French President Emmanuel Macron’s office.

“Any measures on either side would be taken in a concerted and reciprocal manner,” the statements said after the two leaders spoke over the phone.

A working group between the two governments would be set up to ensure this consultation throughout the coming weeks, they said.

France said earlier this week new quarantine and isolation measures would be possible for all travellers into France. However, these would not apply to European Union countries or Britain – for now.