Britain, pressed by airlines, may ease rules for vaccinated travellers 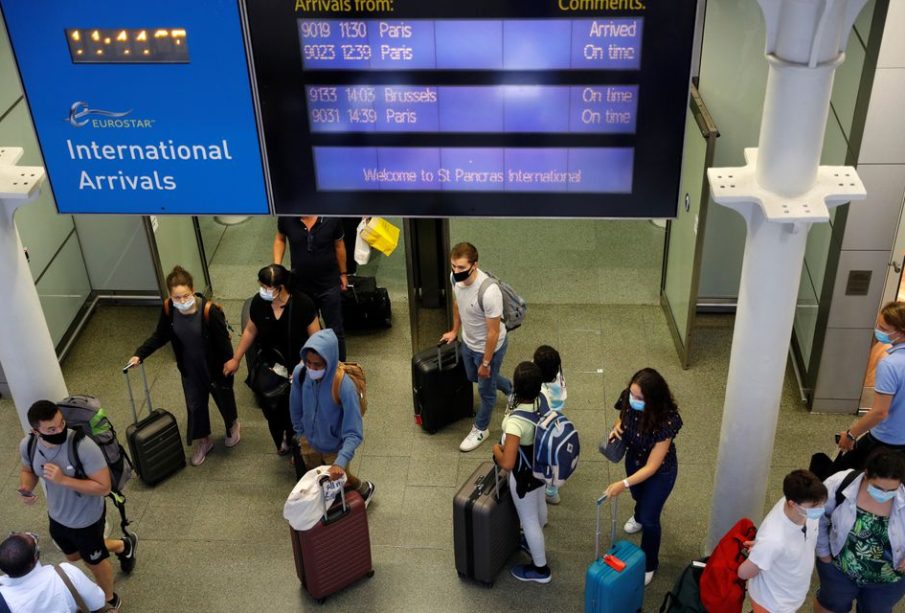 Britain is considering easing travel rules for double vaccinated people, a move that would placate airlines which have launched legal action against the government’s curbs on trips abroad.

Airlines are desperate for restrictions to be relaxed in time for July and the peak season when they make most profits, while Britain has for now stuck to quarantine rules that deter travel.

Europe’s biggest airline Ryanair teamed up with Manchester Airports Group (MAG) to launch legal action against Britain over its travel policy. Other airlines could join.

The pair filed papers for judicial review at England’s High Court at about 1200 GMT on Thursday, a spokesman for MAG said.

But Britain has indicated a possible relaxation, with the Department for Transport saying on Thursday it was considering how vaccinations could be used for inbound travel.

More than half of British adults have received both doses of COVID-19 vaccine, putting it far ahead of Europe.

The Daily Telegraph reported Britain was looking to follow the European Union’s move to allow fully vaccinated tourists to avoid COVID-19 tests and quarantine from July.

“We have commenced work to consider the role of vaccinations in shaping a different set of health and testing measures for inbound travel,” a government spokesperson said on Thursday.

Shares in airline stocks jumped on hopes of rule changes. Ryanair and British Airways-owned IAG were up 3%, while easyJet and holiday group TUI were 4% higher. Jet2 rose 5%.

“From the point of view of sentiment that they’re saying they’re going to look at this, that is good news,” he said.

Ryanair and other airlines have repeatedly called on the government to allow vaccinated travellers to avoid quarantine, as well as urging an easing of restrictions to some lower risk countries like Malta and Spanish and Greek islands.

EasyJet said it was supportive of legal action and would monitor its progress.

Ryanair’s boss Michael O’Leary has said Britain’s travel policy was “a shambles”, describing it as an “opaque” system classifying destinations as green, amber or red, with each colour carrying progressively tougher rules related to testing and quarantine.

The government delayed fully reopening the domestic economy on Monday due to rising infections. But industry hopes have grown with indications Britain may now soften its stance on travel.

“This is very welcome news and should represent a meaningful restart to international travel in the very near future,” Jet2 chief executive Steve Heapy said on Thursday.

The safe list of ‘green’ destinations is due to be updated on June 24 and the government said in April it would review travel policy before the end of June.

Jesse Norman, financial secretary to the Treasury, told Sky News on Thursday that nothing was ruled out on travel rules.

“We are trying to move cautiously and progressively in the right direction so I wouldn’t write anything off at this point,” he said.

Britain allowed international travel to resume in May, but nearly all major destinations like Spain, France, Italy and the United States were left off the ‘green’ safe list. Those visiting ‘amber’ countries must quarantine for 10 days on their return and take multiple tests. ‘Red’ countries have tougher rules.