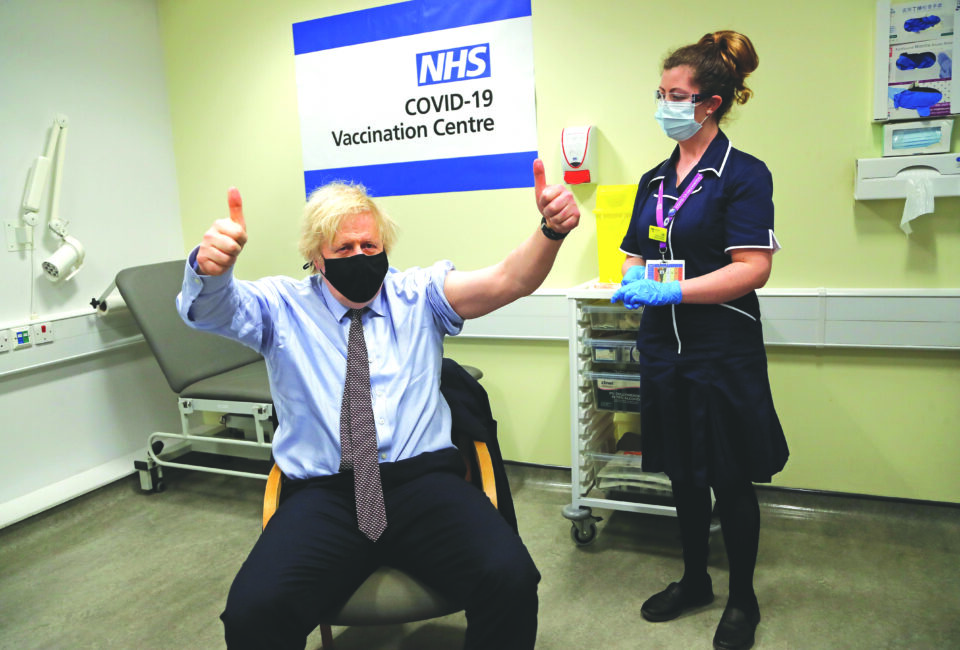 Half of all adults in Britain have now had at least one COVID-19 vaccine dose, making the country the world’s first major economy to hit that milestone, health minister Matt Hancock said on Saturday.

Israel is the leader in vaccinating its population, followed by the United Arab Emirates, Chile, then the United Kingdom – and investors are watching closely to see which economies show the first signs of recovery.

Britain’s government has said it is aiming to give at least one shot to everyone over 50 by mid-April, and to every adult by the end of July. Over that period, it has plans to ease lockdown restrictions, with shops, pubs and restaurants preparing to re-open next month.

“The vaccine is a national success story and our way out of this pandemic,” said Hancock.

By comparison, more than 20% of the U.S. population has received at least one dose, and less than a 10th of the EU population.

The European Union – where there are growing worries of another wave of infections – is pushing to get vaccines back on track after at least 13 countries temporarily suspended the use of the AstraZeneca shot last week over safety concerns.

The European Medicines Agency has since said the benefits of protecting people from coronavirus-related death or hospitalisation outweighed the possible risks from the vaccine.

Led by its state-run health service, Britain’s speedy roll-out of the AstraZeneca and Pfizer shots is set to slow in April, hit by a delayed shipment and the need to retest one batch of vaccines.

The vaccination race has left Britain and the European Union at loggerheads over vaccine exports. The EU on Wednesday threatened to slap a ban on vaccine exports to Britain, which imports Pfizer’s vaccine from Europe.