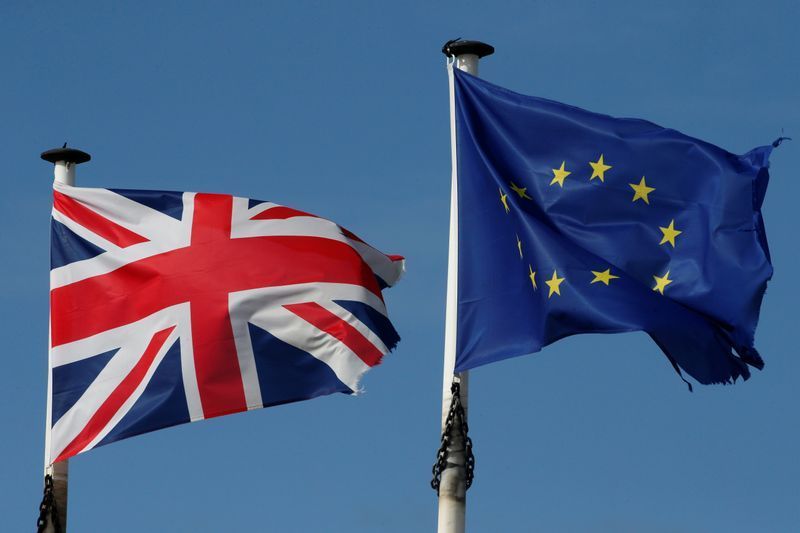 Brexit trade talks hung in the balance on Monday as Britain and the European Union made a last-ditch attempt to bridge significant differences and strike a deal that would avoid a disorderly exit in just 24 days time.

As fears rose of no-deal chaos on Dec. 31 when the United Kingdom finally leaves the EU’s orbit, talks will resume in Brussels before British Prime Minister Boris Johnson and European Commission President Ursula von der Leyen review the situation in the evening.

Irish Prime Minister Micheal Martin said on Sunday the chances of a deal were just 50-50 while investment bank JPMorgan said odds of a no-trade deal exit had risen to one third from 20 percent.

EU chief negotiator Michel Barnier was “rather downbeat as to the prospects of agreement” at a meeting with national envoys in Brussels on Monday, according to one diplomat, adding that Johnson would have to make the ultimate call on a deal.

“The ball is in BoJo’s (Johnson’s) court,” the diplomat said. “Differences persist on all three issues.”

Updating the EU envoys from 0630 GMT, Barnier said the three most contentious issues in the negotiations have not yet been resolved, according to the diplomat, who was taking part in the closed-door briefing.

For weeks, the two sides have been haggling – as yet without a result – over fishing rights in British waters, ensuring fair competition for companies and ways to solve future disputes.

Failure to secure a deal would snarl borders, spook financial markets and disrupt the delicate supply chains that stretch across Europe and beyond, just as the world tries to cope with the vast economic cost of the COVID-19 pandemic.

Sterling was a touch lower vs the dollar, easing off the 2-1/2-year highs of $1.3540 hit on Friday, though measures of expected swings in the British pound jumped to eight-month highs.

With just days left for a deal to be struck, EU diplomats said it a decisive moment for both the United Kingdom and the bloc which built the ruined nations of Europe into a global power after the devastation of World War Two.

“Decisive hours for the future of EU-UK relations,” said Sebastian Fischer, an EU spokesman for Germany, the current holder of the EU presidency.

While some diplomats said the last-minute drama showed a deal was close, Ireland, the EU economy that will be worst hit by a disorderly Brexit, said it would not be shocked if talks fell apart.

“I still think it is more likely than not that we will find a way of getting a deal done but I won’t be shocked if it falls apart,” Irish Foreign Minister Simon Coveney was quoted as saying by the Irish Times.

“If we don’t get a deal in the next few days, then obviously there are serious problems around ratification and timelines.”

In a move that could further undermine the talks, the British government will press ahead with draft laws this week that would breach London’s earlier divorce treaty with the bloc.

Junior Foreign Office Minister James Cleverly said on Monday the clauses that breach the treaty would be re-inserted.

UK gears up for huge vaccination plan watched by the world