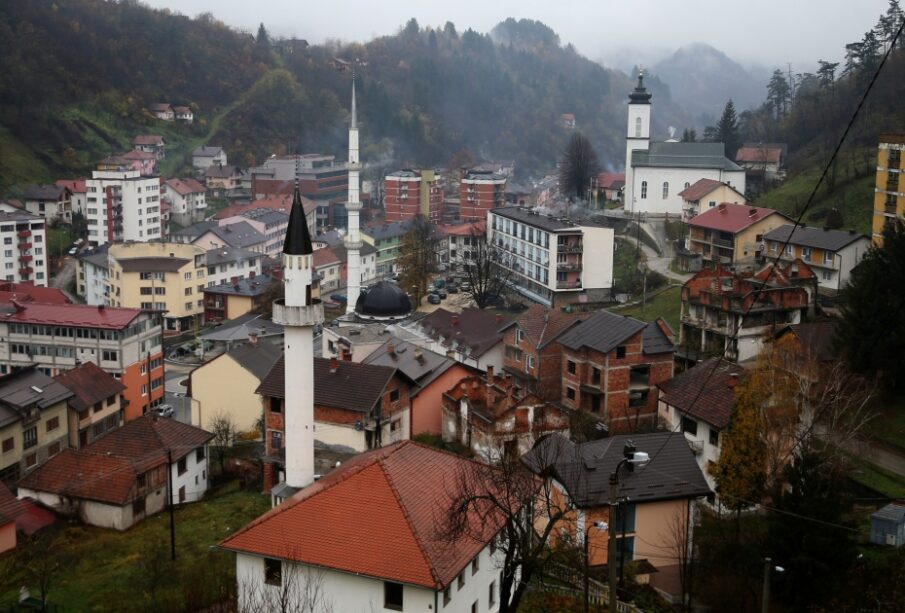 The International Court of Justice in 2007 found the Bosnian Serb army to be responsible for genocide in Srebrenica, located in the Serb-run Republika Srpska entity near the border with Serbia [File: Dado Ruvic/Reuters]

If a multi-ethnic Bosnia is pushed towards disintegration, that will inevitably have an impact on other unresolved conflicts in the Western Balkans such as that between Serbia and Kosovo, Bosnia’s peace envoy told Reuters on Saturday.

German politician Christian Schmidt, who is international High Representative in Bosnia, said this week that the peace deal that ended the country’s war in the 1990s was at risk of unravelling unless the international community took measures to stop Serb separatists.

He was referring to moves by the Bosnian Serb leadership aimed at undoing key state institutions such as the joint armed forces, the indirect taxation authority and the top judicial body, as well as other institutions.

“The unrest in this region will also affect the question of the difficult relationship between Serbia and Kosovo in the same or similar way,” Schmidt said in an interview.

“Serbia should have an interest in Bosnia-Herzegovina staying together,” he said, adding that Belgrade’s path towards European Union membership could be gravely affected by instability in Bosnia, where it supports its ethnic kin.

Asked if there was a realistic possibility of Bosnia breaking apart, Schmidt said it was not an imminent danger.

“But if the degradation of the Dayton treaty continues … there is a risk that the country will break apart,” he added.

The U.S.-sponsored Dayton peace accords signed in 1995 ended the 3-1/2-year war among Bosnian Serbs, Croats and Muslim Bosniaks by splitting the country along ethnic lines into two autonomous regions – the Serb-dominated Serb Republic and the Federation shared by Croats and Bosniaks.

While Schmidt said he still hoped that international pressure would move developments in a “sensible direction”, the red line would be the Serb Republic’s withdrawal from the joint armed forces and the creation of its own separate army within Bosnia, as announced by Bosnian Serb leader Milorad Dodik.

“If this proves to be true… then we in the international community will have to think very, very, very seriously about how we can move forward,” Schmidt said.

He said that using his sweeping powers to sack officials and impose laws would be the last resort.

At least eight killed, many injured in crush at Texas music festival