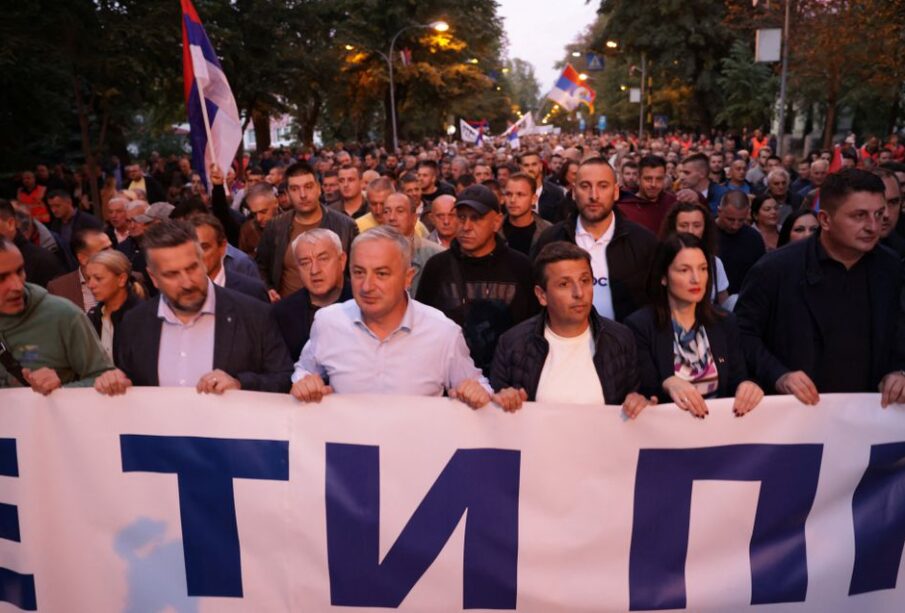 Thousands of people on Thursday protested in Banja Luka over what they said was a ‘rigged’ election in favour of pro-Russian nationalist Milorad Dodik in the vote for president of Bosnia’s autonomous Serb Republic.

The main contenders for the job are Dodik, who is leaving his previous post as Serb member of Bosnia’s tri-partite inter-ethnic presidency, and Jelena Trivic, an economics professor from the opposition Party of Democratic Progress (PDP).

“It is not me who was stolen from – the people of Republika Srpska were stolen from,” Trivic told thousands of supporters in the city’s main square. “I will never accept the theft, and especially not the theft of the people’s will.”

Dodik, who leads the largest Serb party SNSD and whose party colleague Zeljka Cvijanovic is the current president, dismissed the allegations of fraud. He has served as the region’s president or prime minister since 1998.

He was leading with 48.18% of the vote and Trivic held 43.43% based on the 97.28% of ballots counted, according to preliminary results by the state election commission (CIK) on Thursday.

Trivic and the two other largest opposition parties said the ballot was rigged by Dodik’s supporters and demanded a re-count of over 65,000 ballots they claim were invalid.

Protesters carried banners reading “We Want Fair Elections”, “You Won’t Get Away With This,” and chanted “Thieves!” and “Mile, Leave!”

Trivic said she would not concede defeat.

Bosnia on Sunday held presidential and parliamentary elections, as well as the Serb Republic presidential vote.

On election night, Trivic and her party had declared victory based on the ballot count by midnight. But the next morning, Dodik led over Trivic and she and her party alleged irregularities. On Wednesday, the three opposition parties submitted their complaints to the CIK.

CIK said it would consider complaints after the vote count for all levels of government has been completed, which may take months.

The results also showed that non-nationalist candidates won the seats for the Bosniak and Croat members on the country’s tripartite inter-ethnic presidency and that Dodik ally Cvijanovic took the seat of the Serb member.