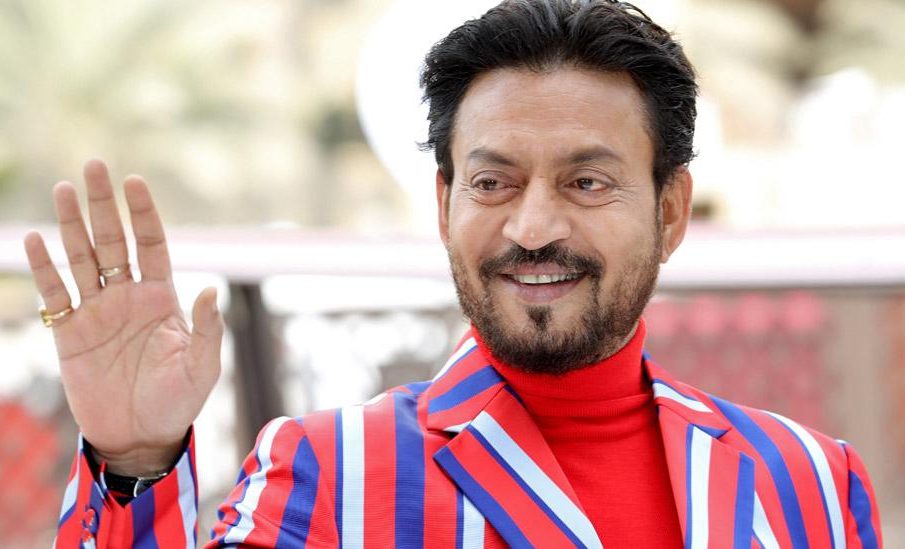 The Bollywood star, who was diagnosed with a neuroendocrine tumour in 2018, was admitted to a Mumbai hospital earlier this week with a colon infection.

India’s Prime Minister Narendra Modi paid tribute to the award-winning actor, tweeting “Irrfan Khan’s demise is a loss to the world of cinema and theatre.”

Funeral rites for the actor were under way at a graveyard in Mumbai, with only immediate family allowed to attend in keeping with India’s strict lockdown to curb the spread of coronavirus.

Born in the Indian desert state of Rajasthan on January 7, 1967, Khan discovered an early passion for acting and studied at the elite National School of Drama.

But his training in Shakespeare and Chekhov did little to ease his entry into the Hindi film industry, which was then largely focused on churning out formulaic song-and-dance blockbusters.

Even as he landed a role in 1988’s “Salaam Bombay” — directed by first-timer Mira Nair — his part was slashed to a cameo.

He sobbed for hours when he found out about the cuts, he told India’s Open magazine.

“It changed something within me. I was prepared for anything after that,” he said.

Television roles followed, along with a handful of bit parts in Bollywood, where producers routinely dismissed him as looking too unconventional to play the lead.

By the time British director Asif Kapadia cast him as a mercenary in “The Warrior”, he was ready to quit acting, frustrated over the direction of his career.

But, in a sign of the global success that lay in wait, the 2001 film racked up awards and won Khan praise — including in India, where a new generation of directors was eager to experiment with fresh storylines.

His drama school training came in handy when he was cast in “Maqbool” and “Haider” — contemporary Hindi adaptations of “Macbeth” and “Hamlet”.

But he also charmed audiences in lighter fare such as “Piku”, featuring Bollywood superstars Amitabh Bachchan and Deepika Padukone, and “The Lunchbox”, in which he played a lonely accountant in love with a housewife.

Bachchan led tributes to Khan on Wednesday, describing him as “an incredible talent” whose death had left “a huge vacuum” in the industry.

His “Slumdog Millionaire” co-star Anil Kapoor called Khan “an inspiration for everyone, a remarkable actor, unmatched talent & a great human being”.

Actress Priyanka Chopra Jonas, one of a handful of Bollywood stars to find success in Hollywood, tweeted: “Your talent forged the way for so many in so many avenues. You inspired so many of us.”

Khan consciously sidestepped traditional Bollywood tropes, focusing on the subtleties of his craft.

This allowed him to carve out a stellar career in Hollywood as well, where he collaborated with Oscar-winning directors such as Danny Boyle and Ang Lee and appeared in the HBO show “In Treatment”.

Filmmaker Colin Trevorrow, who directed Khan in the 2015 blockbuster “Jurassic World”, described the actor as “a thoughtful man who found beauty in the world around him, even in pain”.

“In our last correspondence, he asked me to remember ‘the wonderful aspects of our existence’ in the darkest of days,” Trevorrow tweeted.

In an interview with AFP in 2015, Khan said Western audiences “appreciate the elements and layers you bring to the character”.

But he added: “The informality and personal connections in Bollywood are nice. Things are too compartmentalised in Hollywood, and the system can be rigid.”

The father-of-two acted in almost 100 films, winning awards and the admiration of his peers.

During the press promotions for their film “Inferno” in 2016, Oscar-winning actor Tom Hanks reportedly described Khan as “the coolest guy in the room”.

But his life took a tragic turn in 2018 when he was diagnosed with cancer. The news devastated his fans and India’s film community.

Khan took a sabbatical to seek treatment in London — accompanied by his family — before returning to play a middle-aged father in “Angrezi Medium”, his final film and a follow-up to the 2017 hit “Hindi Medium”.

He suffered a relapse in the months leading up to the film’s release, however, forcing him back to Britain.

In an interview with the Mumbai Mirror newspaper in March 2020, he described life after the diagnosis as “a roller-coaster ride, a memorable one”.

“Happy moments were underlined because of the inherent uncertainty. We cried a little and laughed a lot,” he said.