The Times of Earth, International Edition
0
718 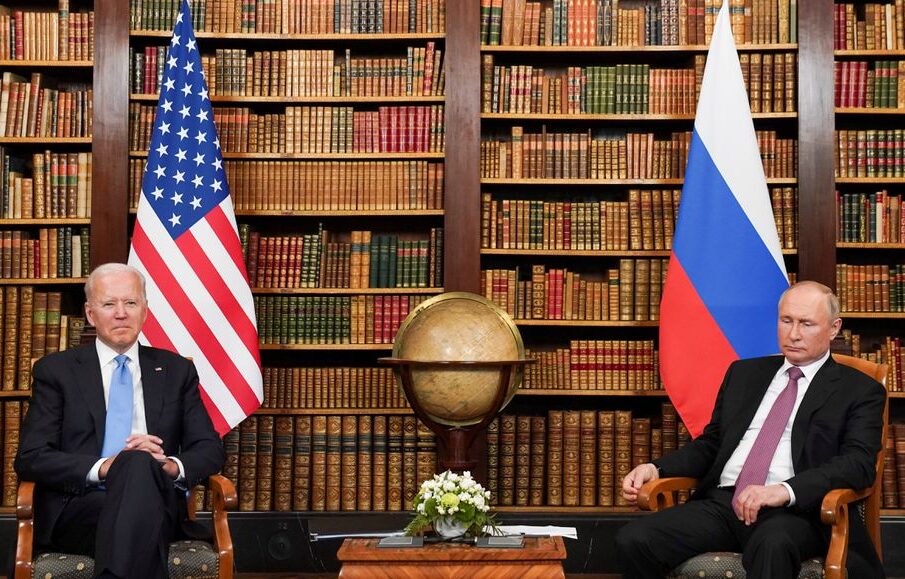 U.S. President Joe Biden told Russia’s Vladimir Putin on Saturday that the West would respond decisively to any invasion of Ukraine, adding such a step would produce widespread suffering and isolate Moscow.

In the latest effort to manage growing hostility, the two men spoke by phone for an hour a day after Washington and its allies warned that the Russian military, which has 100,000 troops massed near Ukraine, could invade at any moment. Moscow has dismissed those warnings as “hysteria.”

Neither side said there had been any breakthroughs. A senior Biden administration official said the call was professional and substantive, but that there was no fundamental change.

The Kremlin said Putin told Biden Washington has failed to take Russia’s main concerns into account, and it had received no “substantial answer” on key elements including NATO’s expansion and the deployment of offensive forces to Ukraine.

The senior Biden administration official said it was unclear whether Putin was committed to diplomacy even as he agreed to stay in touch with Biden.

The call took place as Israel, Portugal and Belgium joined the list of countries that have urged their citizens to leave Ukraine immediately.

The U.S. State Department ordered most of its embassy staff to leave Ukraine. The Pentagon said it was withdrawing about 150 military trainers.

Australia said on Sunday it was evacuating its embassy in Kyiv, with Prime Minister Scott Morrison calling on China to speak up for Ukraine and not remain “chillingly silent” as Russia massed military forces on its border.

Morrison’s comments to a news conference followed criticism by China of a meeting of the U.S., Australian, Japanese and Indian foreign ministers last week in Melbourne.

“The coalition of autocracies that we are seeing, seeking to bully other countries, is not something that Australia ever takes a light position on,” Morrison said.

Biden was due to compare notes with French President Emmanuel Macron, who spoke with both Putin and Ukrainian President Volodymyr Zelenskiy on Saturday, according to the White House. Biden’s top military and diplomatic officials held calls with their Russian counterparts.

After Macron’s call with Putin, a French presidency official said there were no indications from what Putin told Macron that Russia is preparing an offensive against Ukraine.

“We are nevertheless extremely vigilant and alert to the Russian (military) posture in order to avoid the worst,” the French official said.

Russia said on Saturday that it had decided to “optimize” its diplomatic staff numbers in Ukraine, fearing “provocations” by Kyiv or others. It said its embassy and consulates in Ukraine continued to perform their key functions.

A U.S. official on Saturday said there was no telling what Putin has decided, but that the steps Russia is taking “in plain sight” make them fear the worst.

Biden told Putin during their call that the United States is pushing for diplomacy but ready for “other scenarios,” the White House said.

In Kyiv, several thousand Ukrainians filed through the center of the city, chanting “Glory to Ukraine” and carrying banners that said “Ukrainians will resist” and “invaders must die.” read more

Zelenskiy, who attended police drills in the southern Kherson region, echoed Washington’s assessment that a Russian attack could happen at any time, but stressed that it was important for Ukrainians to remain calm.

“The best friend of our enemies is panic in our country,” he said.

Putin, jostling for influence in post-Cold War Europe, is seeking security guarantees from Biden to block Kyiv’s entry into NATO and missile deployments near Russia’s borders.

Washington regards many of the proposals as non-starters but has pushed the Kremlin to discuss them jointly with Washington and its European allies.

Moscow has repeatedly disputed Washington’s version of events, saying it has massed the troops near the Ukrainian border to maintain its own security against aggression by NATO allies.

Also on Saturday, the Russian military said it had used “appropriate means” to make a U.S. submarine depart from Russian waters in the far east after the vessel ignored a Russian order to surface, Interfax news agency reported.

The submarine was detected in Russian waters as elements of Russia’s Pacific Fleet conducted naval exercises near the Kuril islands, the defence ministry was quoted as saying.

In a statement, a U.S. military spokesman denied it had carried out operations in Russian territorial waters.